A column for the Twitter mentality. No thoughts over 140 characters. And none of them presidential:

If you could hook the US to an anger meter, we’d be dangerously in the red zone.

It’s the time of year when every guy who rode the bench on his high school football team thinks he knows more than a SEC coach.

I like Laurin Stennis’s design for a new Mississippi flag more and more, the old flag less and less. (The Bicentennial banner is cool, too.)

If the issue involves race, and David Duke is on your side, you’re on the wrong side.

If man could be crossed with the cat it would improve man, but it would deteriorate the cat. RT Mark Twain.

The fellow who owns a meat-and-three in Jackson told me he only ever serves turnip greens. Collards and mustards don’t sell, he said. Sad.

Why is it that people who barely got through civics class now think they’re experts on the American political scene?

Fake news is a real thing. It probably isn’t what you think it is. And you probably believe some of it.

I’ve assigned my brain the task of finding a middle ground on Confederate statues and memorials. I’ll let you know when I find it.

Why does life start speeding up just at the point we wish it would start slowing down?

Someday, when baseball switches to yellow balls, I’ll be recognized as a visionary.

I said it before, I’ll say it again: Churches should all switch to grape juice for a Eucharist everybody can take part in.

Too many armchair global-warming deniers don’t know the difference between climate and weather.

Gail Collins is pretty much worth the price of a New York Times subscription all by herself.

I haven’t noticed anybody trying to impose Sharia law in this country. What’s all the fuss about?

The carwash scene in “Cool Hand Luke” may be the sexiest few minutes in American cinema.

People have asked if, after 19 years, I am a New Yorker. Not a chance.

As a product largely of the 1950s and ’60s, I lament the demise of TV westerns. An expanded lament is probably on the horizon.

It’s easier to appreciate the passage of time in the faces of others than in our own. But Ringo’s holding up well.

I’m willing to cut people a lot of slack on their religious views. But Scientology is a tough sell.

An athlete or anyone has the right to sit or kneel during the national anthem. But is that the most effective way to protest?

If you actually believe the Civil War was not about slavery, you are misinformed, at the very least.

Joe Rogers worked for The Clarion-Ledger, The Tennessean and The New York Times. He can be reached at jrogink@gmail.com or on Twitter @jrogink. 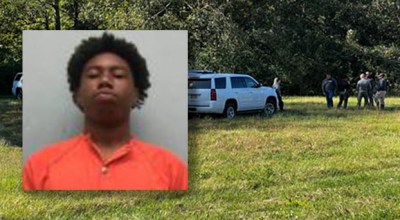 Confederate monuments paint a false view of history that…