A Mississippi minister gave up on God when a church member molested and murdered his son, but found his way back

By Will Stribling
He survived an unimaginable tragedy and now shares his story with others through ministry.
Following in the footsteps of his father, Les Ferguson Sr., a Church of Christ minister, Les Ferguson Jr. spent six years in the Navy before returning home and eventually landing his first full-time preaching position in Laurel.
Three years later in December of 1997, he moved to Gulfport to preach at the Orange Grove Church of Christ. Ferguson Jr. and his wife Karen spent the next 14 years building a life and a family in Gulfport, unaware of the horrors headed their way.
In June of 2011, Ferguson Jr. learned that Paul Buckman, a 70-year-old member of Orange Grove’s congregation, had been molesting his son, Cole Ferguson, 21, who had cerebral palsy.
After his arrest in July, Buckman was released from jail on a $50,000 bond. The case would never be heard by a jury.

Cole (left) and his mother, Karen Ferguson, were murdered by an estranged church member.

On Oct. 10, 2011, the Fergusons’ 24th wedding anniversary, Buckman snuck into their home and murdered Karen and Cole Ferguson. He then went home and killed himself in his bathtub.
In the aftermath, Ferguson Jr. doubted everything he’d ever believed and decided to leave the ministry behind.
“Leaving was easy,” he said. “I was angry, hurt, mad at God, at anybody that would look at me funny. And I really thought I would never come back.”

When Ferguson Jr. remarried less than a year later, he promised Becky, his high school sweetheart, that he would never preach again.
In time, unsatisfied with his transition to the real-estate industry, Ferguson Jr. reached out to the Lake Harbour Church of Christ in Ridgeland and asked if he could preach on an interim basis. He was told he couldn’t because he was already a candidate for their full-time position.
Ferguson Jr., who eventually got the job, said the tragedy has led to new ways of connecting with his congregation.
“I’m much more vulnerable as a preacher than I used to be,” he said. “When I’m preaching, I’m not preaching at you so much as I’m preaching at myself.”
His first Lake Harbour sermon was on Jacob wrestling with God, scripture that inspired him to reexamine his faith and later pen a book about his story. While putting his experience into words was challenging, Ferguson Jr. also struggled to find a publisher.
“I got turned down, and turned down, and turned down, and turned down, and turned down, and turned down some more,” he said. “Did I mention I got turned down? I got turned down a lot.”
His first choice eventually came around after receiving other offers. After four years of writing, rewriting, and editing Still Wrestling: Faith Renewed Through Brokenness is set to publish next April.
In the meantime, Ferguson Jr. has some advice for those struggling with their own losses.
“Go ahead and be angry,” he said. “God is big enough to take all of your hurt and anger. And understand it doesn’t go away. You don’t get to a place where you’re magically done with grief. It’s a part of who you are.”

Will Stribling is a journalism student at the University of Mississippi. This story was originally published by Oxford Stories. 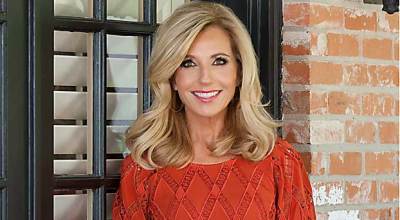 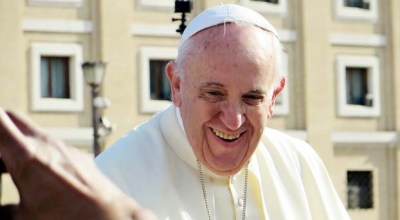