Fired Brookhaven principal: Give me my job back 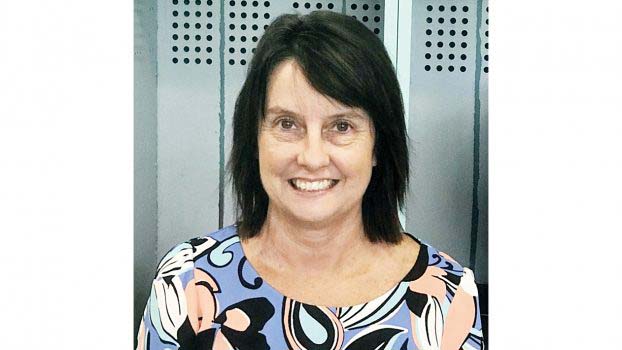 A terminated Brookhaven elementary principal called on school board members to reinstate her contract Tuesday during testimony on the final day of hearings over her job.

Former Brookhaven Elementary School Principal Shelley Riley denied allegations of wrongdoing in a pair of incidents involving special needs students and other incidents cited by superintendent Ray Carlock as reasons for non-renewing her contract, claiming the justifications were embellished to “get rid of me.” Riley defended herself during roughly one hour of questioning by school board attorney Bob Allen, becoming emotional at times and calling for her job back.

“I’m asking the board to look at all the evidence, or the lack thereof, and make the right decision, and for them to issue me a contract,” she said.

Tuesday’s short session was the final day of hearings, and now the Brookhaven School District Board of Trustees will decide the outcome.

The board has 30 days from the delivery of the final transcripts and exhibits — scheduled for Monday — to set up a hearing and determine whether or not Riley’s termination will stand. At that meeting, each side will have 15 minutes to present a closing argument before the board enters into executive session to make the call.

The board has hired Jackson attorney John Hooks to advise them during the meeting.

Riley’s hearings began May 1 and required seven separate days and around 50 hours of testimony by numerous Brookhaven School District teachers and administrators.

The majority of the testimony has been given under questioning from Riley’s attorney, Lisa Ross, who has alleged policy and law violations by the school district in an attempt to show Riley as the victim of an unfair system. Ross’ questioning has led to conflicting testimonies from teachers and their supervisors and alleged violations of special education laws.

Allen, meanwhile, has focused solely on the reasons stated in Riley’s non-renewal, chief among them that she allegedly dragged a special needs student down the BES hallway on Jan. 6, 2017, and videoed a another special needs student’s meltdown on Sept. 22, 2017, instead of working to calm him.

As a result, Allen called fewer witnesses, rarely asked questions in cross-examination and declined to discuss the numerous allegations against the district Ross made key to her defense.

He followed the same strategy Tuesday while questioning Riley, ignoring the former principal’s attempts to steer away his questions and focusing on her ultimate responsibility as “CEO” of the school. When Riley said restraint training provided by the district to teachers was “a joke,” Allen pointed to standards in her contract that makes her responsible for staying abreast of education laws and policies.

“So you let your teachers participate in a joke and didn’t complain to the central office? It was your job to see your teachers were properly instructed,” Allen said.

When Riley said restraint training was the district’s responsibility, not her own, Allen accused her of having “no interest” in the policy. When Riley testified Carlock’s reasons for non-renewing her contract were exaggerated, Allen pointed out she had been reprimanded twice.

Allen asked Riley to identify which discipline procedure allowed her to drag a student down the hallway, but Riley again denied she had dragged the student.

“I had him by the loop of his backpack. If he fell down and got back up, that happened, but I never pulled him down the hall,” she said. “If we had the video, we could see it.”

Carlock previously testified the security cameras at BES did not capture the dragging incident. He pointed to reports provided to him by two BES teachers who witnessed the incident and claimed Riley confessed to the dragging in a meeting with the child’s mother, Bailey Miller, who said in an interview with The Daily Leader Riley told her the student had to be dragged to prevent him from running out of the building and into traffic.

Riley denies she admitted to dragging the child and testified the two teachers — BES special education teacher Mindy Smith and PE teacher Ernie Triplett — were outside the main hall and could not have witnessed the alleged dragging incident. Riley also pointed to inconsistencies in Triplett’s written statement on the event and testimony given in the hearing.

BES teacher Marlene Martin testified she saw Riley attempting to pick the child up “under his arms,” but witnessed no dragging.

“If that many people saw something, it seems like the people would have seen the same thing. It ought to match somebody’s testimony,” Riley said Tuesday.

Allen later asked Riley if she believed she had provided appropriate supervision when she videoed the special needs student’s meltdown. Riley said she had, claiming other teachers more familiar with the student were already working to calm him, that she recorded the video to show Carlock as proof the student needed an assistant and that she was afraid to touch the student after being reprimanded for the alleged dragging incident.

“I wasn’t going to throw this child on the ground because he was pulling papers off the wall,” Riley said. “It was a lose-lose situation for me. (Carlock) had made up his mind to get rid of me. It wouldn’t have mattered what I did.”

When Ross redirected from Allen’s questioning, Riley claimed Carlock had falsified her non-renewal letter concerning the alleged dragging incident. Riley said she was reprimanded for a Rule 1 violation but non-renewed for a more serious Rule 4 violation.

Riley testified the dragging incident was not reported to MDE until after she requested a public hearing for her non-renewal.