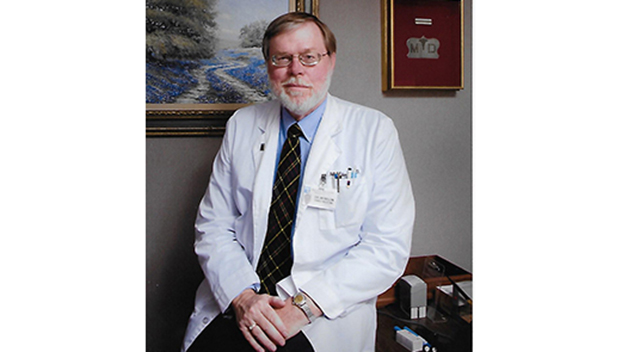 VICKSBURG — The family and friends of Dr. Lamar McMillin remember him as a good physician who was concerned for his patients and who had a deep love for his family’s and the area’s history.

“His career was medicine, but his passion was history and preservation, architecture; that was what he loved,” McMillin’s wife, Carol, said. “He didn’t hunt or fish or golf; he loved architecture and old houses and antiques. He restored the house we live in, the Mary Harwood House on Fort Hill Drive.”

His goal, she said, was the restoration of the former Fleckstein-Coccaro grocery at 1501 Martin Luther King Blvd., also known as Catherine’s Palace.

“He decided in his retirement to take on that 1839 house on Martin Luther King that’s older than the Old Courthouse, and it was his passion to try and get that done, but he didn’t get it finished,” Carol McMillin said. “It warms my heart that so many people knew him and cared for him.”

A native of Little Rock, Arkansas, McMillin began his practice of family medicine in Vicksburg in 1975. He retired in June 2010.

“He and I worked together almost 40 years in family medicine,” said Dr. Walter Johnston. “We’ve been good friends the whole time. We had some common interests in the Civil War and preservation. My daughter married his son.”

He said McMillin was a caring doctor, adding he was “well loved by his patients; a lot of his patients always asked about him.”

McMillin also loved music and enjoyed listening to the Vicksburg Orchestral Society and the Mississippi Symphony.

“He was really proud of his ancestors and genealogy; he took great pride in telling you about them and the history of his house, the Mary Harwood. He had a lot of knowledge of the people who built it and lived there.”

“He meant a lot to me and he was certainly a strong leader in the historic preservation community,” said Nancy Bell, executive director of the Vicksburg Foundation for Historic Preservation. “He loved historic houses, historic buildings; he was on my board of directors for many years. He was also involved in the 300th anniversary of Fort St. Pierre.

“His restoration of the Fleckenstein building on Martin Luther King, I don’t think anybody else would have seen the vision he saw, and we’re grateful for that and all the other things he’s done in his life as far as historic preservation is concerned.”

McMillin, she said, was always been a big supporter of the community in general “and a good kind sweet man, always did what he said he was going to do and was very supportive of me and the Vicksburg Foundation, so I will miss him.”

“He was an outstanding gentleman; he was active in the Lion’s Club for many years. He has contributed a lot to community life in Vicksburg he was real active in diabetes prevention.

“He entertained the Lions Club every year; he’d go beyond what’s expected of an officer in the club, as far as entertainment.

“He’s definitely an outstanding citizen and it’s a loss to the community.”