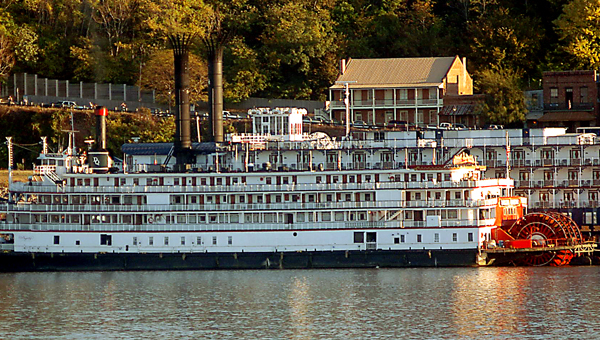 New legislation signed this week by President Trump clears the way for the historic Delta Queen steamboat to return to the water to carry passengers.

President Donald Trump signed legislation on Tuesday authorizing the 285-foot-long (87-meter-long) riverboat immortalized in poems and songs to cruise again along the Mississippi and several other rivers.

The Delta Queen was sidelined in 2008 by a federal law prohibiting overnight excursions on wooden vessels. Both U.S. senators from Missouri — Democrat Claire McCaskill and Republican Roy Blunt — co-sponsored a bill to allow the exemption, which requires modifications to the wooden portions of the vessel, most of which are cabins and public areas. The hull is already steel.

“Today marks the beginning of a new chapter in American steamboat history,” Leah Ann Ingram, vice president of the Delta Queen Steamboat Co., said in a statement. “This was the first big step in returning the Delta Queen to the waterways, where she belongs.”

The Delta Queen began operation in 1927. Passengers have included presidents Herbert Hoover, Harry Truman and Jimmy Carter. It served as a naval ship during World War II and is designated as a National Historic Landmark.

The Delta Queen Steamboat Co. is based in Kimmswick, Missouri, near St. Louis, but the boat itself is undergoing repairs in Houma, Louisiana. The upgrade will include replacing boilers original to the boat, along with generators, plumbing, the steam line and heating and air conditioning. The total cost is estimated at $10 million to $12 million.

Blunt said more than 170 jobs are expected to be created in Kimmswick, and cited the benefit of many of the cruises beginning and ending there.

“This important part of our nation’s history will create jobs and strengthen our state’s growing tourism industry,” Blunt said in a statement.