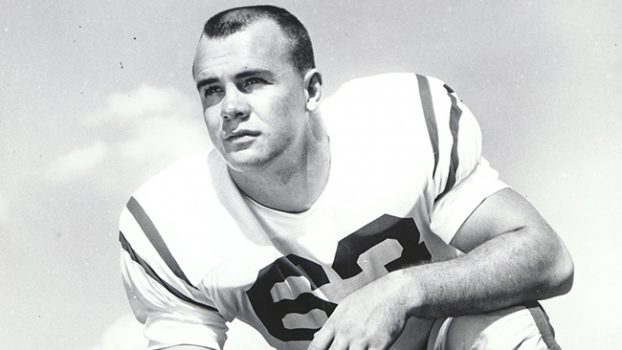 Ole Miss has lost a football legend with the passing of Marvin Terrell, 80, who passed away Saturday, Dec. 1, at St. Dominic-Jackson Memorial Hospital, in Jackson, Mississippi.

By The Oxford Eagle

Another former Ole Miss star has passed. Marvin Terrell, one of the best offensive linemen in Rebel history, passed away Saturday at the St. Dominic-Jackson Memorial Hospital in Jackson, Mississippi.

Terrell played on the Ole Miss line from 1957-1959, one of the best stretches of football in Rebel history. A three-year letterman, Terrell’s Ole Miss teams were 25-4-1 in his three seasons. Terrell’s senior year, Ole Miss amassed a 10-1 record and were named National Champions by multiple publications.

Following the 1959 season, Terrell was named to the All-SEC team and won the SEC Lineman of the Year by the Atlanta Constitution. He was drafted in the first round by the Dallas Texans of the AFL, who would later become the Kansas City Chiefs. He was inducted into the Mississippi Sports Hall of Fame in 2001.

Terrell was born in West Memphis, Arkansas but went to high school in Indianola. He is survived by his wife, Lettie G. Terrell of Yazoo City. They had been married for 58 years.

Funeral services for Terrell were Monday. He would be buried at Glenwood Cemetery in Yazoo City. Memorial gifts can be made to the Ole Miss M-Club, the Mississippi Sports Hall of Fame, or First United Methodist Church of Yazoo City.