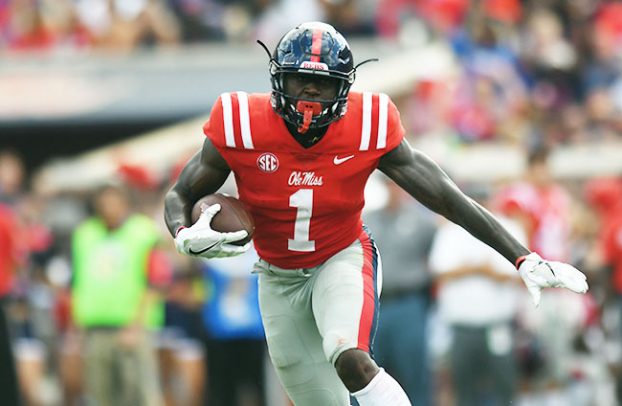 It’s official, A.J. Brown has declared for the NFL Draft. Announcing in a statement on Twitter this week, Brown will forgo his remaining year of eligibility at Ole Miss and enter the draft process.

Brown will leave Ole Miss as one of the most accomplished Rebels of all time. The Starkville native holds school records in both career receiving yards with 2,984 and the top two receiving seasons in Ole Miss history. This year he totaled 1,320 yards on 85 receptions and 6 touchdowns. The 85 receptions was also an Ole Miss single-season record. He was recently named to both the Associated Press All-SEC first team and the All-SEC Coaches first team.

“I just want to start off by saying thank you to the Ole Miss family. You have welcomed me with open arms. Ole Miss is a special place and has been since I took my first official visit,” Brown said in a statement via Twitter. “With all that being said, I would like to announce that I will be forgoing my senior season and declaring for the 2019 NFL Draft. I love you Ole Miss, and it is true: you don’t have to be blood to be family. You just have to be real.”

At 6-foot-1 and 225 pounds, Brown’s production at Ole Miss, against some of the best defensive talent in the country in the SEC, speaks for itself. His ability to dictate defenses both from the slot and as an outside receiver make him a very valuable asset in the modern, versatile NFL. With over four months until the draft, it’s relatively accepted that Brown will be a first round selection.

Many NFL scouts and analysts believe he will be the first wide receiver taken in the draft. In Sports Illustrated most recent mock draft, Albert Breer predicted the Ole Miss product would go 21st overall to the Washington Redskins, as the top receiver.

Brown is just one of a handful of Rebels who could be leaving school early. Fellow receiver D.K. Metcalf already announced his decision to leave school early, needing less than 24-hours following the Egg Bowl loss to decide his fate. Left tackle Greg Little and tight end Dawson Knox are also potential candidates to leave early, as both are projected in the first two rounds as well.