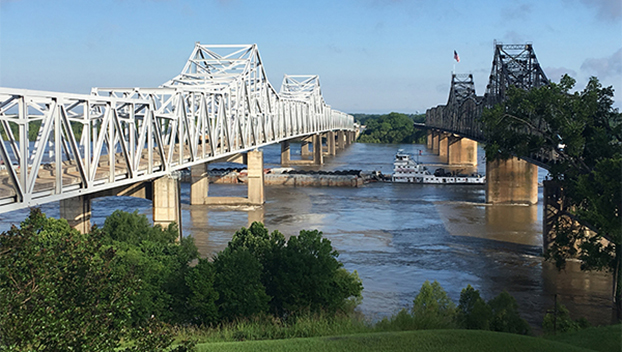 Scenic beauty and Civil War history topped the list of assets a national magazine said makes Vicksburg one of the 10 best undiscovered towns in the United States.

Where to Retire magazine listed the Mississipi River city in its annual edition of America’s 100 Best Places to Retire.

Vicksburg, the Biloxi/Gulfport area and Tupelo are the only Mississippi cities named in the book. Vicksburg is listed as one of the book’s 10 best undiscovered towns. The city had previously been in the 2000 and 2003 editions of the book.

“It’s another great honor and recognition for the city of Vicksburg,” Mayor George Flaggs Jr. said of the city’s selection. “It speaks volumes to the direction that we’re leading the city, and what we need to do is to continue to focus on reducing crime and making Vicksburg the most livable city in the country. I think we have all the potential.”

According to information from the magazine, the selections for the book were the result of 11 months of research involving 800 cities across the country, including interviews with retirees living in the area. It provides profiles on each area, including weather, taxes, downtown attractions and other amenities.

“Obviously, the amazing beauty of the water — the Mississippi and Yazoo; there’s just nothing more beautiful,” said Annette Fuller, editor of Where to Retire. “We quoted a retiree who said, ‘Vicksburg is unpretentious, a real community of people enjoying living together,’ which was high praise. This was someone who came to your city from Hampton Roads, Virginia.

“Every retiree we interviewed loved the Vicksburg National Military Park,” she said. “Several said they exercised there. Retirees really love that; that it’s a fantastic place to get some exercise in, and we have some Civil War buffs in retirees and they love Vicksburg for that.”

Among the city’s other assets, Fuller said, was the median price of homes in Warren County, which was put at about $125,000, which she said, “Is extremely affordable.”

Other attractions cited by retirees were Riverfront Park for picnics, opportunities for volunteering, and Vicksburg’s location in relation to other major cities like Memphis, Tennessee; Dallas, Texas; New Orleans, Louisiana; and Atlanta, Georgia, making it easy for people to travel for weekend trips.

“Several retirees said they felt like they escaped the hurricane risk,” Fuller said. “The ones who chose Vicksburg said they didn’t have to worry about those things.”