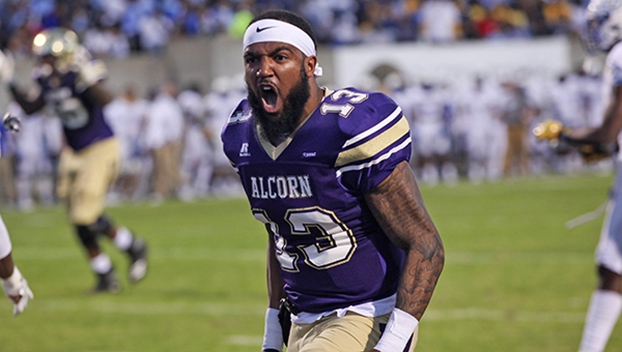 “To be able to go back and play in the Celebration Bowl this year means a lot especially with these young men we have playing this game,” Alcorn coach Fred McNair told Jackson TV station WLBT earlier this week. “So many things they’ve overcome this whole season to get to this point.”

This is North Carolina A&T’s third appearance in the Celebration Bowl in four years. The Aggies (9-2) beat Grambling 21-14 last year and Alcorn 41-34 in the game’s inaugural edition in 2015.

Alcorn (9-3) is back in the Celebration bowl for the first time since 2015. Its last Black College national title was in 2014.

That’s a long layoff, but the Braves are dealing with a more recent one. They’ve only played twice in the past six weeks and had bye weeks before and after both of those games.
McNair told WJTV the Braves have put the time off to good use.

“It’s been doing us good. The kids have really been responding to it. Give the guys a couple days off, give ‘em some rest and some preparation time as far as training and recovery,” McNair said. “I think they’ve been very good with it and the way they’ve been carrying about their business, I think it’s been great for us to have a little time off in between games.”

Alcorn is no slouch on defense, either. It’s fourth in the FCS in rushing defense (95.7 yards per game) and sixth in total defense (288.7 ypg).

“We know that they like to stop the run. No secret there,” said Alcorn quarterback Noah Johnson, who is the SWAC Offensive Player of the Year. “I feel like our front five will get the job done. I don’t think a team can really stop us. We have a lot of weapons on this offense. It’s going to be a dog fight.”