Squatter hiding under house no match for tear gas, muscle 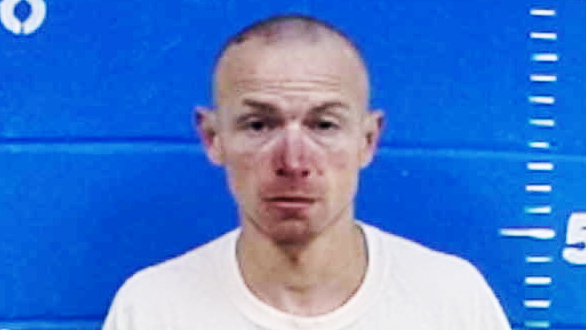 It took a couple of hours and a little tear gas, but Brookhaven police pulled an alleged trespasser out from underneath a home on North Jackson Street early Monday morning.

Brookhaven Police Chief Kenneth Collins said Gary DeLaughter, 34, was arrested without incident around 1:30 a.m. Monday after officers spent the midnight hours trying to convince him to crawl out and give up. DeLaughter was booked into the Lincoln County Jail and charged with trespassing, disorderly conduct, resisting arrest and possession of a weapon by a convicted felon.

He is being held for the Mississippi Department of Corrections.

“When it gets cold like this, in a house they think is vacant or abandoned, you got people walking around all the time searching these places to move in and try to live. Like squatting,” Collins said. “You got lots of people running around here that don’t have a place to stay, and they squat – they find a place where people don’t hardly come visit and they take it up and start staying in it.”

It is unclear if DeLaughter is homeless. His arrest report lists Southeast Dade Street in Brookhaven, without a number, as his address.

The home on North Jackson was not vacant — Collins said residents there called police late Sunday night to report hearing “moaning and groaning” underneath the home. Police arrived and surrounded the home, hooking up their generator and lights to see in the crawl space and using two canisters of CLEAROUT — similar to CS, or tear gas — to convince DeLaughter to emerge.

The homeowner captured video of the incident and posted it to social media. In the footage, numerous BPD officers can be seen kneeling near the opening underneath the home and yelling, “come to me.” When DeLaughter finally emerges, one of the officers yanks him free by both wrists. DeLaughter curls into the fetal position as other officers surround him and attempt to pull his arms behind his back.

The video jumps forward to DeLaughter on his feet, telling officers he’s from “84 East” and was in Brookhaven to stay with someone — the video ends abruptly before he can say whom.

Collins said DeLaughter was in possession of two knives at the time of his arrest, with one lashed to the end of the stick, “like a bayonet.” Another video posted to social media shows a four-inch knife duct-taped to the end of an old board.

Collins said his officers were assisted by Lincoln County sheriff’s deputies in the arrest.