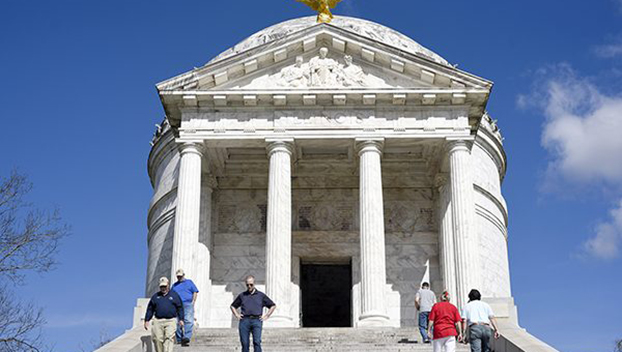 VICKSBURG — Despite a partial government shutdown, the Vicksburg National Military Park will remain open thanks to a local nonprofit organization.

Friends of the Vicksburg National Military Park and Campaign have committed to fund basic operations of the VNMP through the help of donors and partners.

According to Bess Mitchell Averett, executive director of Friends of VNMP & Campaign, the tour road, Visitor Center, U.S.S. Cairo Gunboat and Museum, the Vicksburg National Cemetery and all restrooms will be kept open if there is a government shutdown.

She said minimal staff to operate those sites will ensure the potential shutdown has little impact on visitors to the VNMP.

“Vicksburg National Military Park represents such an important chapter of America’s story. We never want even one visitor to be turned away from our Park,” Averett said in a press release from Friends of VNMP & Campaign. “We are fortunate to have staff at VNMP who share our passion for this historic place and its story and have worked to pioneer this opportunity to provide an option to keep VNMP open in the event of a shutdown.”

Late Thursday, the Republican-led House approved funding for President Donald Trump’s $5.7 billion border wall in legislation that pushes the government closer to a partial government shutdown. The bill now goes before the Senate. Senators had passed their own bipartisan bill earlier in the week to keep the government running, with border security at existing levels, $1.3 billion, but no money for the wall. Both bills would extend government funding through Feb. 8.

During the last government shutdown in January 2018, VNMP was closed for three days.

“VNMP will remain open,” Averett said. “As the official Friends Group for the Park, we work together all year on important projects and events for VNMP. We can think of no higher priority project we can take on than keeping the gates and museums open and sharing this amazing treasure with the public.

“We are grateful for our donors and supporters that help us keep VNMP open through the uncertainty of government shutdowns.”

VNMP is the most visited tourist attraction in Mississippi. More than half a million visitors a year travel from all over the nation and world to visit VNMP and are vital to the local and regional economy. The latest Economic Impact Study released from the National Park Service shows that for every one dollar spent on basic operations at VNMP, the economic impact on the region is $10.

The Associated Press contributed to this story.