45 days in the wild: Mississippi man challenged by elements, lack of food at survival school 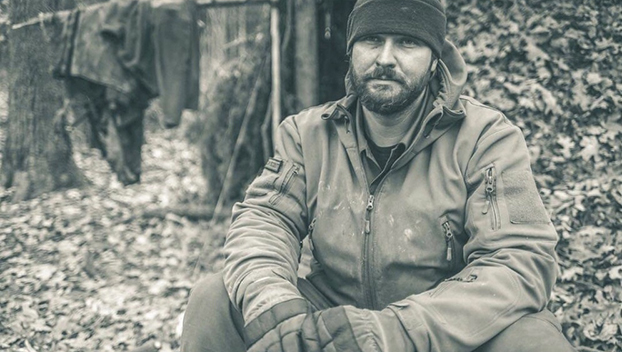 Natchez resident Adam Kirk was one of seven students to graduate from the Sigma 3 Survival School on Dec. 19 and become a certified instructor. (Submitted photo)

NATCHEZ — Water, shelter and fire were the first key lessons that Adam Kirk said he had to learn to survive a 45-day course in the wilds of Missouri with only a knife and the clothes on his back.

The Natchez resident was one of seven students to graduate from the Sigma 3 Survival School on Dec. 19 and become a certified survival instructor; Twenty students started the course, but only seven were able to finish, Kirk said.

When his journey started Nov. 4, Kirk said he had the following skills drilled into his mind for the first three weeks: how to find and purify fresh water, how to build a proper shelter that could withstand harsh weather, how to build traps and weapons to capture his meals and scavenge for a wild salad and how to build a fire with nothing but his knife and the tools that nature provides.

Once he had those “basics” down, Kirk said he was dropped off in the middle of the wilderness to survive for a week on his own — utilizing all of the skills he was taught.

Kirk said he enlisted in the U.S. Army in 2001 and served in Iraq for two years.

He later started to research the best survival training courses, he said, to help him cope with post-traumatic stress disorder and give him certification to share his newfound training with others.

All of his military training alone, Kirk said, did not prepare him for the challenges at Sigma 3 Survival School, but he was looking for a challenge.

Whereas most survival courses teach you to survive long enough to be rescued, Kirk said the Sigma 3 Survival School taught him to survive and be on vacation, living as long as he needed to while giving him a sense of freedom and empowerment.

“Now, even in my driveway I can find plenty of food,” he said. “I lost about 35 pounds in a month. … It’s nice being able to go to my refrigerator and take a real shower. … It’s really different noticing all of the things that we take for granted.”

In addition to the regular survival training, the school also took Kirk through prisoner scenarios, he said, where he was taught to withstand torture tactics such as such as shocking, waterboarding and being prodded like cattle.

“I feel like I can do anything as long as I put my mind to it,” he said. “It would have been very easy to give up during any of those courses, but I was mentally strong and goal driven. … You just have to know that you’re not going to die, even when it feels like you are. … I’ve been in law enforcement ever since the army, and now I’ve seen how easy it is to escape handcuffs or any kind of restraints. It’s an empowering feeling.”