Around here many a year: Mississippi man celebrates 108th birthday 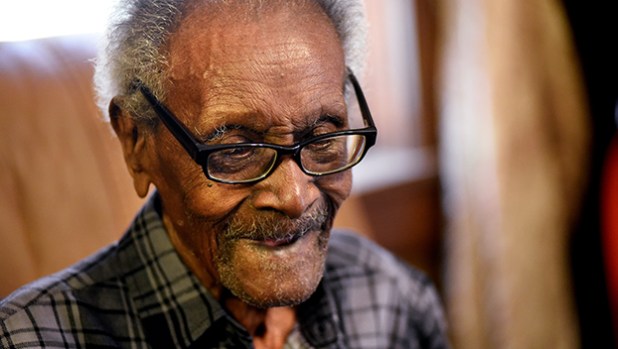 Jessie Winston celebrated his 108th birthday on Christmas Day. Winston started work as a barber when he was in the 1920s and didn’t retire from cutting hair until his was 101 years old. (Ben Hillyer / The Natchez Democrat) 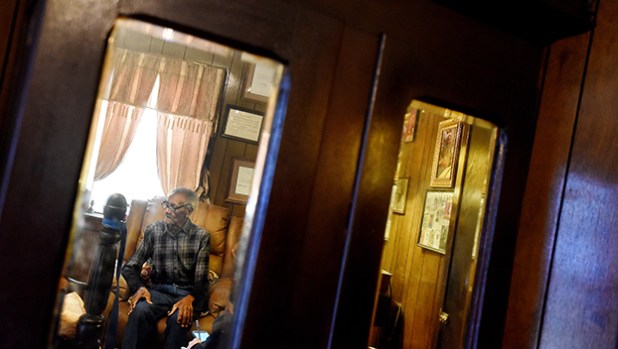 Reflected in the mirror of his wardrobe, Jessie Winston talks about the changes that have occurred in Natchez in hi 108 years. (Ben Hillyer / The Natchez Democrat) 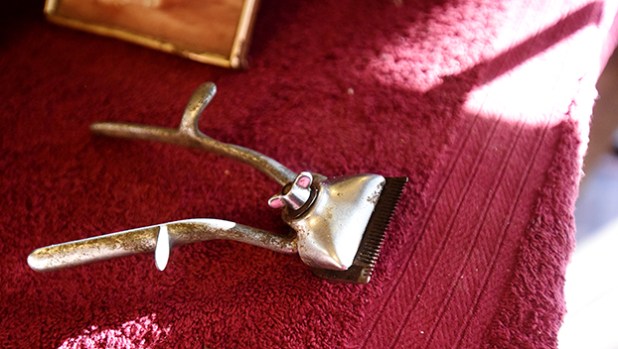 One of the Jessie Winston's trimmers he used when he first started cutting hair. (Ben Hillyer / The Natchez Democrat)

NATCHEZ — Jessie Winston used to cut hair for 50 cents a head and either walked or drove a horse and buggy everywhere he went, he said.

His youngest daughter, Helen, said she and her sisters celebrated their father’s birthday over Christmas dinner.

“He is the oldest man in Natchez,” Helen Winston said. She pointed to a plaque mounted to the wall of Winston’s living room — a Lifetime Achievement Award from 2015 for more than 70 years of service in the hair trimming business.

Helen Winston held on to the first set of hair clippers her dad ever used. The blade resembles a modern battery operated set, however, the handle is more like a pair of scissors used to work the blade manually.

“I got a good arm workout using those,” Jessie Winston said.

Framed memorabilia hangs on the walls of his home, including a letter signed by the former U.S. President and First Lady Barack and Michelle Obama that was given to Jessie Winston for his 106th birthday.

“I’ve been here when we didn’t know what a car was,” Jessie Winston said.

Jessie Winston said he remembers all the streets in Natchez were made of dirt and gravel and people drove surreys down the streets.

“When the sheriff got his prisoner anywhere downtown, he had to walk him all the way back to the jailhouse,” Jessie Winston said, with a laugh.

“Life was cheap back then,” Jessie Winston said, adding that he earned more than $9 a week himself.

“You used to be able to go to the grocery store with $4 and leave with more groceries than you could carry,” Jessie Winston said.

Other historic moments that Jessie Winston said he witnessed during his life were not as pleasant, he said.

Jessie Winston lives on East Franklin Street, not far from what was once the largest slave market in the nation, Forks of the Road.

The gas station up the street from his house sits on top of what used to be a graveyard for slaves, Jessie Winston said.

“They didn’t have any sort of coffin — no headstone,” Jessie Winston said. “They would wrap the bodies up in a cloth and toss them in.”

Jessie Winston said he remembers losing friends and neighbors during the Rhythm Night Club fire in 1940, where more than 200 people were trapped inside and died.

“I had just stopped there to grab a beer before it happened,” he said.

Just before that, crossing the river to Vidalia meant paying $1 to ride a ferryboat, he said.

Jessie Winston said being a Christmas baby in 1910 was, “pretty good.”

“I’ve been around here many a year,” he said. “I feel pretty good about that.”