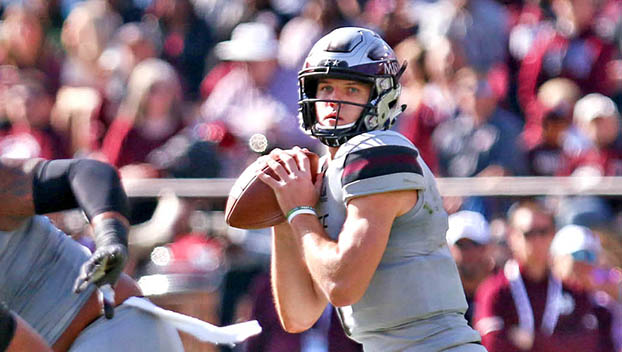 WHAT’S AT STAKE
The No. 18 Mississippi State Bulldogs have a shot at their biggest bowl win since they beat Michigan in the Gator Bowl eight years ago. They have a chance to finish in the Top 25 for the third time in five years. The Hawkeyes are seeking their biggest bowl win since the 2009 season, when they beat Georgia Tech in the Orange Bowl. With a victory they would likely finish in the Top 25 for only the second time in the past nine seasons.

KEY MATCHUP
The Bulldogs’ Nick Fitzgerald broke Tim Tebow’s Southeastern Conference record for most career yards rushing by a quarterback. He has 3,504, and this year he has rushed for 1,018 yards and 12 TDs. Iowa ranks seventh in the nation in total defense and is led by first-team All-Big Ten DE A.J. Epenesa and second-team DE Anthony Nelson.

PLAYERS TO WATCH
Mississippi State: Second-team All-America DE Montez Sweat ranks second in the SEC with 11 sacks and has 13 1/2 tackles for a loss.

FACTS & FIGURES
All of the Bulldogs’ losses came against teams in the top 15. … Mississippi State has played only one game decided by less than 14 points. … The Bulldogs are 9-2 in their past 11 bowl games. … The Bulldogs lead the nation with a scoring defense average of 12.0 points. They’ve held seven teams to 10 points or less. … They lead the SEC in total defense, pass defense, pass defense efficiency and opponent third down conversion percentage. … Second-team All-America S Johnathan Abram leads Mississippi State in tackles with 93. … The Bulldogs’ Stephen Guidry averaged 21.6 yards on 18 catches with three scores. … Joe Moorhead is wrapping up his first year as coach of the Bulldogs. He was Penn State’s offensive coordinator in 2016-17 and his teams beat Iowa twice. … Hawkeyes are 2-3 in the Outback Bowl. They’re in a bowl for the 17th time in the past 18 years. … Iowa is tied for third in the nation with 18 interceptions. … Epenesa has 9 1/2 sacks and 15 1/2 tackles for a loss, and Nelson has 9 1/2 sacks and 11 TFLs. Iowa second-team All-America safety Amani Hooker has 59 tackles and a team-high four interceptions. … Iowa’s Nate Stanley has thrown for 2,638 yards and 23 scores. … Iowa junior tight end Noah Fant, considered a possible first-round pick in April, is leaving school early to enter the NFL draft and will not play. He leads the Hawkeyes with seven touchdowns. … Iowa’s Ihmir Smith-Marsette is ranked second in the nation with a kickoff return average of 29.3 yards. … Coach Kirk Ferentz (151-101) is wrapping up his 20th season at Iowa.