More than a haircut: Mississippi community rallies to help hairstylist in cancer battle 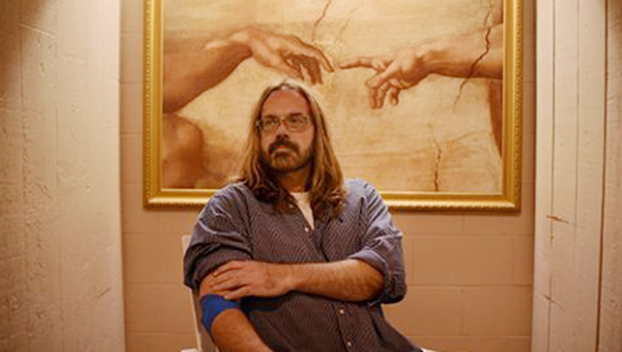 ayson Nix poses after donating blood in a blood drive at Mane Event hair salon that he operates with his wife, Karen. The blood drive was to benefit Karen who was recently diagnosed with leukemia. (Nicole Hester, The Natchez Democrat)

NATCHEZ — A humble hairstylist in Natchez didn’t realize how many caring friends he had until he truly needed their help to save his wife’s life, he said.

Blood drive buses were parked outside The Mane Event hair salon Saturday with “people from all over” taking a needle to help save Karen Nix, Sheri Book of Mississippi Blood Services said.

Jayson Nix and his wife, Karen, have cut and styled hair for 25 years together, up until Karen was diagnosed with lymphoblastic leukemia in October, a form of cancer that caused Karen’s white blood cells to overproduce, Jayson said.

“She went to the doctor because of a little cough and he said her blood was going crazy,” Jayson said.

Karen was taken to a hospital in Jackson where she received chemotherapy, Jayson said.

“She ended up needing transfusions because the chemo is pretty damaging to your blood,” Jayson said.

Though doctors said Karen is now in remission, she has a high risk of reoccurrence with her condition, Jayson said.

Karen and Jayson know a lot of people in Natchez, Jayson said, both having been born and raised in the community. Both are actively involved at First Baptist Church in Natchez, where recently Jayson portrayed Jesus for the church’s Christmas program, Jayson said.

However, Jayson said he never realized how many friends he had until now.

Members of the church, clients at Mane Event and several other people he knows all rallied together to show their support for Karen in different ways, Jayson said.

The drive contributed more than blood, as the local “Divas” in the Natchez Mardi Gras parade brought baked goods to sell in order to raise money for Karen’s medical expenses.

Book said Saturday’s blood drive was one of many, and the buses will be outside of Mane Event again on Thursday.

“The support is unreal and unfathomable,” Jayson said.