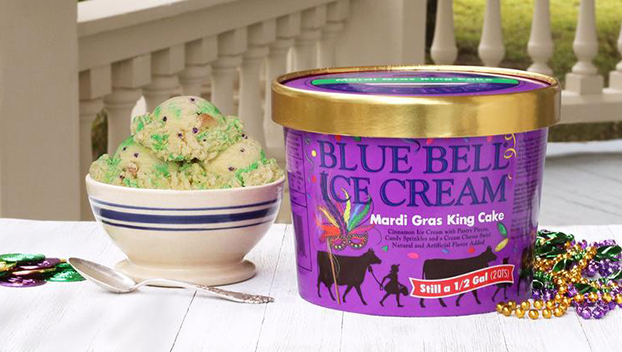 We’re kicking off 2019 with a party like no other, except maybe a Mardi Gras party! Mardi Gras King Cake is a cinnamon cake flavored ice cream combined w/tasty pastry pieces and a colorful cream cheese swirl w/festive candy sprinkles. In stores today, but only for a limited time! pic.twitter.com/IueLVip4RX

The Texas ice creamery has offered similar flavors in the past: Mardi Gras ice cream and King Cake ice cream. Typically those flavors have only been available in areas that celebrate Mardi Gras, like New Orleans and the Gulf Coasts of Mississippi and Alabama, but the company says this year, they will make Mardi Gras King Cake flavor available throughout their distribution.