No one expected this Walmart visitor, or that he would shut down the store 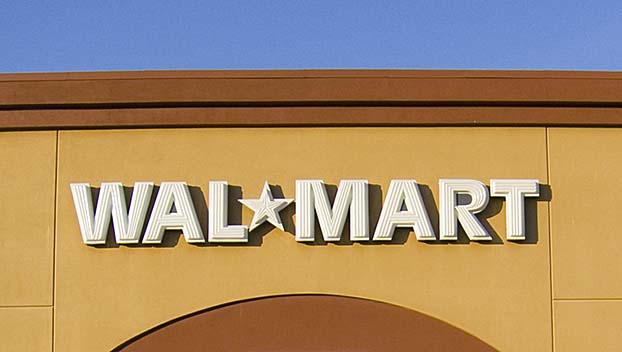 An unexpected visitor forced the shutdown of a Walmart store in New Albany, Mississippi for 90 minutes on Wednesday afternoon.

New Albany Police Chief Chris Robertson told the New Albany Gazette newspaper that police were called by Walmart’s management at approximately 1 p.m. after people inside the store realized a red-tailed hawk had managed to get inside the massive building was was flying around.

Walmart officials, the newspaper reported, called the Mississippi Department of Wildlife, Fisheries and Parks for help to remove the large, winged predator.

Birds inside cavernous Walmart stores is fairly commonplace. But this was, clearly, a different animal. Red-tailed hawk is much, much larger than Walmart’s typical avian visitors. Adult hawks sport a wingspan of more than 3 feet, some nearly 5 feet.

Clayton told the newspaper the bird was flying around the store and swooping down, but had not attacked anyone. But with a bird that size someone could have gotten injured. Red-tailed hawks are often referred to as “chicken hawks” because they can take down an adult chicken. Although of the cooked variety, Walmart does keep a fair amount of those around.

Bird visitors are so common the company apparently has a contract with bird rescuers, but the nearest one available was several hours away.

The store was evacuated before the capture occurred.

Clayton told the newspaper the evacuation was done in an orderly fashion.

“They got on the speaker and explained what was happening so everything was orderly,” he said. “They even finished checking out people before they left.”

Although it took some time to get a clean shot on the bird, Clayton eventually was able to tranquilize the hawk, secure it safely in a large box and remove it from the store before it was released without harm.

The whole adventure made for an interesting day in the normal routine of the small-town Walmart.

Clayton told the newspaper he was happy to help.

“My job is always interesting but it’s especially good when a story like this turns out with a happy ending instead of the tragic things we sometime have to deal with,” Clayton said.