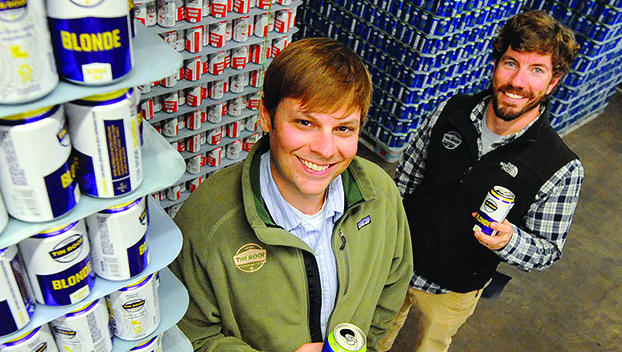 BATON ROUGE, La. — One of the driving entrepreneurs of Louisiana’s capital city started out with Mississippi roots and a vision that would help him brew success in the big city.

William McGehee, 37 years old and reared in Natchez, was recently honored as one of the Baton Rouge Business Report’s Forty Under 40 class of 2018, which recognizes young working people who “play a key role in making the Capital Region a better place to call home,” the Business Report states.

McGehee said the seeds of his first business were just two friends, both of them Trinity Episcopal School graduates from Natchez, who liked to drink beer.

Charles Caldwell and McGehee both started Tin Roof Brewing nearly a decade ago, which is now a combination brewery and bar. Tin Roof Brewing was later named one of Louisiana State University’s Top 100 Fastest Growing Companies.

“I would’ve never imagined back then that we’d be where we are now,” McGehee said.

McGehee said after a short period studying for law school at LSU, he decided quickly he did not want to be a lawyer. The first step to a successful business, for him, was deciding what to do next, he said.

He and Charles grew up together as friends, McGehee said, and the two of them took a leap of faith at starting their own business with little experience as entrepreneurs.

“I like to drink beer, and that was about my only experience in the beer business before that,” McGehee said. “Charles had done an internship in brewing, so he had seen a bit on that side. But as far as running the business, it was new to both of us.”

Fortunately for them, McGehee said, the craft beer industry had not taken off yet in Baton Rouge area, and since the brewery started the market grew.

However, building their brand from the ground up wasn’t easy, McGehee said.

“We really learned a lot on the fly,” he said. “We’re still figuring stuff out every day. A lot of friends, customers and perseverance get us through. … The challenges still come every day. … Starting a company from zero and creating a brand, that has been the biggest challenge.”

McGehee has since taken ownership of another business a little more than a year ago, Doug Olinde Event Rentals, which specializes in providing tents, tables and chairs, linens and other special event items.

McGehee said much of the success has been handed to him by a number of friends, family and employees.

“We have a lot of managers and employees that do a lot of hard work every day,” McGehee said. “It’s been a pretty wild ride. We started from nothing and now we have a great team, and we continue to see it grow.”