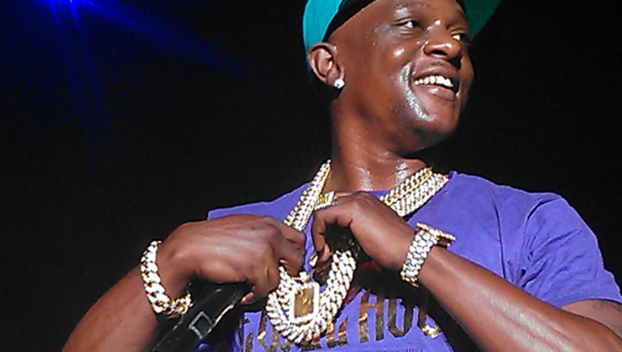 BILOXI (AP) — A Biloxi security guard refutes Hip-hop star Boosie BadAzz claims that he was pepper-sprayed in a Mississippi store because he’s black.

The Sun Herald reported Thursday on pretrial testimony in Boosie’s federal lawsuit. The celebrity entered a Dillard’s store with about 20 onlookers during Biloxi’s 2017 Black Beach Weekend. Biloxi officer Matt Howard says he was called to assist with the “unruly crowd.”

Guard Glen Kerley says he pepper-sprayed Boosie’s assistant, who he says clenched his fists after being asked to leave. Kerley and Howard say the group then attacked Kerley outside.

Testimony indicates that Kerley repeatedly pepper-sprayed Boosie. Tammy Cotton, who worked for Dillard’s at the time, testified that Kerley was known for being aggressive to black shoppers.

Cotton told the Sun Herald that she agreed with a second co-worker who “thought the entire episode was unnecessary an(d) unprovoked, which could have resulted in a riot to due to the amount of people in the mall,” as one of Boosie’s attorneys, Eduardo Flechas of Jackson, put it in questioning Cotton.

Cotton, who no longer works at Dillard’s, said: “I don’t feel, from what I saw, as though there was any threat to either the persons on the property or the business. The only thing that I saw was the massive crowd, who was upset about what was happening in that Polo section.

“And I feel, had that situation been handled differently, it would not have escalated to what it did with the mass hysteria of the crowd,” she said.

Kerley said he was doing the right thing.

“I’ve been doing this a long time,” he said. “I know what was coming. I’m trying to get everybody out because you’ve got people in the store; you got, at that time there by the·perfume, you’ve got a bunch of glass up in there. That did not need to happen in the store.”

A settlement meeting is set for Jan. 17.