Does this look someone you know? Investigators need help to ID boy killed in 2014 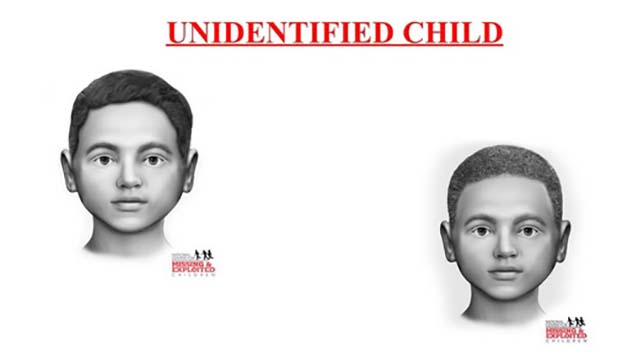 JACKSON — The Mississippi Bureau of Investigation is seeking the public’s help to identify a boy who was found dead five years ago in the Delta.

Capt. Johnny Poulos, spokesman for MBI, says authorities believe the child was 5 to 7 years old when he died. His remains were found Jan. 8, 2014, in eastern Issaquena County, north of Vicksburg.

MBI released two sketches Tuesday of what the child could have looked like while still alive, in hopes of finding someone who could identify him. The drawings show a boy with a medium-toned complexion, an oval face, almond-shaped eyes and dark eyebrows. One sketch shows him with smooth hair, the other with short, curly hair.