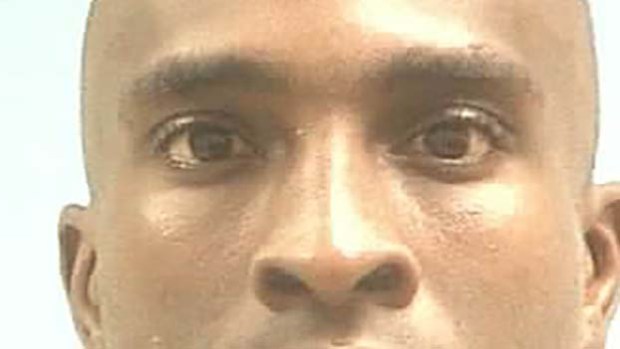 Marquis Flowers is accused to shooting to Brookhaven police officers to death in September. 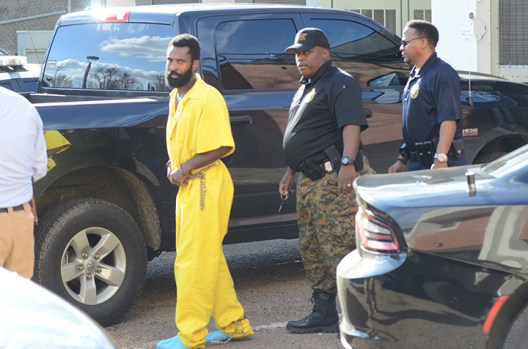 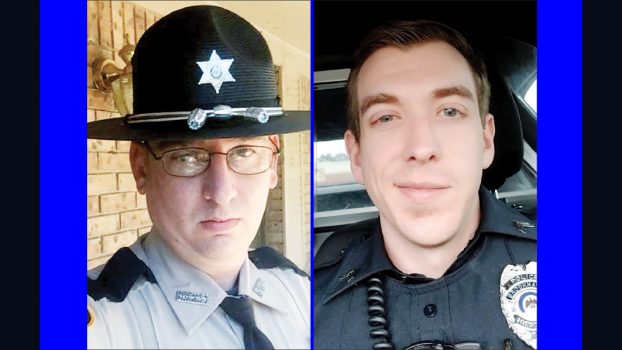 BROOKHAVEN — A body camera recording shows a Mississippi man shot two small-town police officers at close range, an investigator testified Tuesday, with the suspect later saying “the cops were caught in my crossfire.”

Mississippi Bureau of Investigation Agent Luke Harrington testified in a preliminary hearing for 26-year-old Marquis Flowers, who is charged with two counts of capital murder in the deaths of Brookhaven Cpl. Zach Moak and Patrolman James White on Sept. 29.

Lincoln County Justice Court Judge Roger Martin ruled there was probable cause to send Flowers’ case to grand jurors and denied a request by Flowers’ attorney to set bail.

The hearing filled in some gaps in the official account the deaths of Moak and White, but left some questions unanswered. Most notably, Harrington testified that Flowers had already been wounded by gunfire when Moak and White responded to a call before dawn reporting shots fired. However, he said police found no one else at the scene.

“It depicts the officers responding to the call and it depicts Mr. Flowers shooting and killing the officers,” Harrington testified.

The investigator said White was shot in the head and Moak was shot in the body, with the injured Flowers found about 3 feet (1 meter) away from each of the deceased officers. He said a handgun was found inches from Flowers’ hand on the ground.

Harrington testified that video shows Flowers fired the first shot. He said in a later recorded interview that Flowers told him “the cops were caught in my crossfire and it was bound to happen.”

Multiple bullets and shell casings were collected at the scene, but Harrington testified that the state crime lab hasn’t yet completed ballistics tests. Investigators are also awaiting DNA tests of blood found in the front seat of a Cadillac Escalade SUV that had bullet holes in it.

Defense attorney Price Henley suggested in court that Flowers had been shot eight times, and questioned whether video shows another man who may be connected to the case. Harrington said no one else was found at the scene. However, Henley conceded there was enough evidence to meet the probable cause standard to send the case to grand jurors.

Anfernee Cleveland, who says he is Flowers’ brother, expressed disbelief at the evidence.

Flowers was previously convicted of a number of auto burglary charges in Lincoln and Pike counties. Flowers was charged in Natchez with taking away a motor vehicle and four counts of auto burglary, fleeing from authorities in a high-speed chase in February 2017 and later turning himself in. Released on bail, Flowers was a fugitive at the time of the Brookhaven shootings after failing to appear for a court date.

After the shooting, Flowers’ parole was revoked. He’s currently imprisoned at the Mississippi State Penitentiary at Parchman.

It was the second shooting that killed a law enforcement officer in the southwest Mississippi county in 18 months.