Alabama says no smoking on beach; Florida considers snuffing out butts too 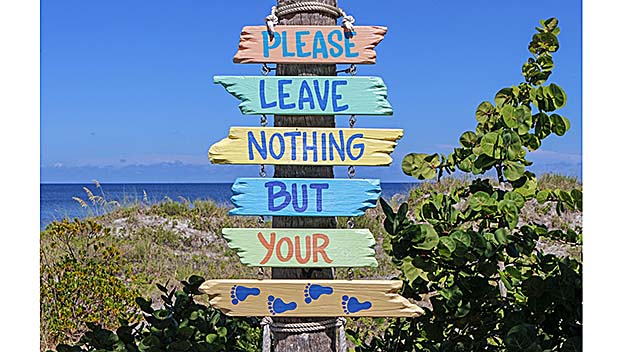 GULF SHORES — The sugar-white sand in Gulf Shores is Alabama’s most popular half-mile stretch of public beachfront. This area also is undergoing $15 million in renovations and city officials want to keep it looking nice. So, in June, city officials adopted a wide-ranging list of regulations that included an Alabama first: The public beachfront became smoke-free.

The ban is part of a national trend as politicians try to keep popular attractions from looking like ashtrays and turning away tourists, Al.com reported .

In New Jersey, a new law goes into effect on Jan. 16 banning any kind of tobacco use on beaches or boardwalks, with offenders fined up to $1,000. In Florida, lawmakers are considering legislation that would implement a wide-ranging ban on smoking at any public beach, empowering law enforcers to cite offenders.

“What Florida is doing is not surprising,” said Grant Brown, recreation and cultural affairs director with the city of Gulf Shores, comparing smoking bans on beaches with restrictions to smoking at outdoor athletic stadiums.

Alabama has 52 miles of beaches, which includes state property and Mobile and Baldwin counties. Dauphin Island, Orange Beach and Gulf Shores have jurisdiction over the most popular public beach spots that fuel a significant chunk of Alabama’s $14.3 billion tourism industry.

Brown said enforcement is not rigorous but fines are stiff. Violators could face fines of up to $500 and jail time. The Gulf Shores ordinance represented the first time an Alabama governing body adopted a smoking ban to also include e-cigarettes, anywhere along a beachfront.

A Florida lawmaker introduced a bill this week that would criminalize smoking on public beaches, levying $25 fines on offenders or up to 10 hours of community service. Alabama beach cities are keeping an eye on the Florida measure, with an interest in possibly following suit. Florida has had a statewide indoor smoking ban in place 2003, although bars are exempt.

“We’ll be curious to see how Florida proceeds,” said Phillip West, coastal resource director for Orange Beach. “If it passes, we’ll be interested in how they enforce it and what kind of push back they might get.”

“I am aware of what’s being pursued in Florida and (a beach smoking ban) has come up before in the past. But there have been no heavy conversations about it,” said Dauphin Island Mayor Jeff Collier.

In Gulf Shores and Orange Beach, both cities are now three years into the “Leave Only Footprints” campaign which advocates against beach litter, among other things. Brown said cigarette butts remain an issue.

“We sift the sands and get quite a few cigarette butts as we clean the beaches,” he said.
The police “won’t be down there writing tickets,” Brown said. But signage is in the works alerting beach visitors about the smoking ban.

“The goal is not to have the beach turned into an ash tray,” he said.

Not everyone is on board: Orange Beach Mayor Tony Kennon doesn’t see the need to add regulations enforcing cigarette smoking, and doesn’t believe it’s a big problem.

“I really don’t want to see government getting involved in any personal issues unless absolutely drug into it because of a public safety issue,” Kennon said. “I don’t see any issue with smoking on the beaches here. I don’t even know if it’s a perceived problem here. I think we would stay out of it.”