It was one of America’s worst prisons: Could the state reopen empty prison instead of rebuilding part of Parchman? 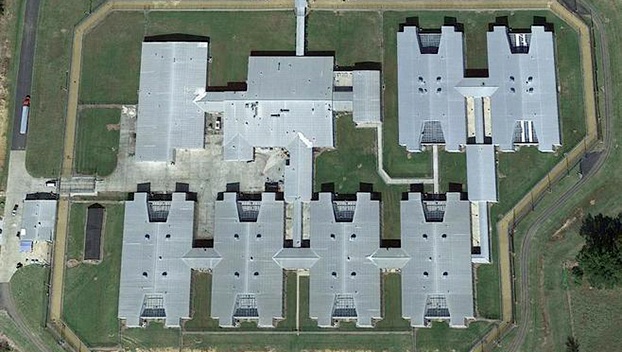 WALNUT GROVE, Miss. (AP) — Officials in a central Mississippi town want the state prison system to reopen a closed private prison there instead of spending money to rebuild part of the Mississippi State Penitentiary at Parchman.

The state closed the Walnut Grove Correctional Facility in 2016, but the state is still reportedly paying $97.4 million in debt associated with the prison’s construction.

The state was once named one of the 10 worst prisons in the country after a judge discovered abusive conditions for the juveniles housed at the facility.

Mississippi Department of Corrections Commissioner Pelicia Hall asked lawmakers in September for $22 million to rebuild Unit 29, one of the prison units at Parchman.

But Leake County officials suggest the state should instead close Unit 29 and shift some inmates to a reopened Walnut Grove.

“It’s a fine facility, and it’s just sitting there not being used and, of all of the (MDOC) facilities, Parchman is so much older,” said Leake County Sheriff Greg Waggoner. “Why would we want to spend money on that when this facility is basically ready to go?”

Consultant Clovis Reed said the prison could be readied for reopening for less than $1 million, and that 300 new jobs at Walnut Grove would boost the area’s economy.

Hall wrote in an email that she will defer to legislators on the decision, but said either rebuilding Unit 29 or signing a new contract with a private prison operator would be costly. The state law authorizing Walnut Grove’s construction requires it to be run by a private company.

Constructed in 1999 as a state-of-the-art youth facility, the prison opened in March 2001. Expanded in 2007 to house adults as well, Walnut Grove can house 1,469 inmates. While it is a maximum-security facility, the prison also boasts a full-size indoor basketball court, a large library that remains fully stocked and multiple classrooms for those interested in horticulture, culinary arts, bricklaying and barbering.

Walnut Grove was under federal oversight for four years after a judge found abusive conditions for juveniles. Juveniles were removed, but problems with high assault rates and lack of proper supervision for inmates persisted until the state removed maximum security prisoners. The Southern Poverty Law Center, one of the plaintiffs that sued over conditions, hailed the closure. Waggoner, though, said he thinks a better operator could run it well.

“The facility is well built. It’s built for maximum-security prison. There’s not an issue with the facility at all,” Waggoner said. “It just needs proper management.”
Reopening the private prison would benefit the town of Walnut Grove as well.

In a town of 400 residents, the prison employed 300 before the 2016 closure, Reed said. The town lost $675,000, nearly half its annual revenue, when the prison closed, said Walnut Grove Mayor Brian Gomillion, and is spending $57,000 a year maintaining infrastructure connected to the prison. He said town employees were furloughed and some local businesses closed because they depended on prison employees as customers.

“This entire area’s spirit has been down,” Gomillion said