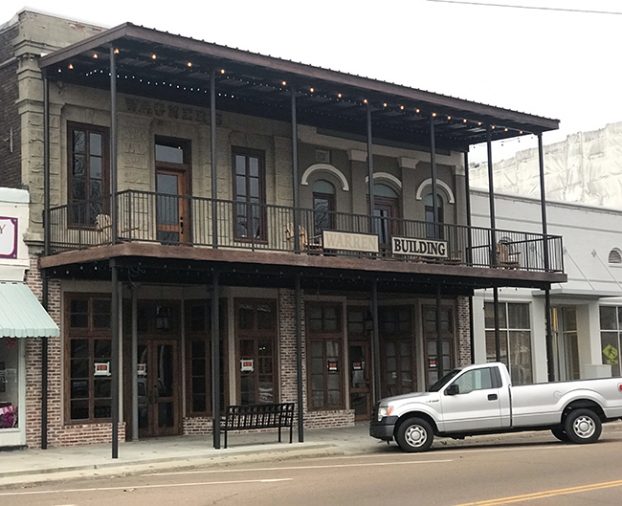 A small north Mississippi town is hopeful that beer can save one of the town’s historic buildings from a wrecking ball.

Warren’s desire stems from a town ordinance that prohibits businesses from selling beer or light to patrons unless it accompanies a meal. Warren purchased the building in 2017 and planned to open a restaurant and bar.

Fearful that the town’s downtown could lose some of its charm if the building were demolished, Water Valley aldermen agreed last week to strike the meal restriction.

The board passed an amendment with a 3-2 vote.

“We are steeped in rich history here and we want to continue to preserve that,” said Ward 3 alderman Cinnamon Foster, who presented the amendment.

Mayor Donald Gray has 10 days to veto the amendment. At Friday’s meeting Gray said “I will study on it. I have ten days.”

The building was built by W.B. Wagner after he and his wife, Mamie, moved to Water Valley from Philadelphia. It has been standing as the centerpiece of Main Street for over 100 years.

Members of the Water Valley community gathered at City Hall on Friday to voice their opinions over the potential of the building being torn down. Jamie Harker was one of those in attendance and expressed her concern over the safety of her shop, Violet Valley Bookstore, if the Wagner building is torn down.

The building the bookstore is in was originally an alley between the Wagner Building and the building BTC Grocery now occupies. Once a roof was put over the alley in the 1890s it became a cigar and bookstore shop and has been several other stores before becoming a bookstore again.

“It’s a quirky little building,” Harker said. “It’s one of those buildings where I think they quite literally put a roof between the two buildings and kept the sides as the two walls of the building. So, I’m really concerned if they tear that building down I don’t know what’s going to hold it up.”