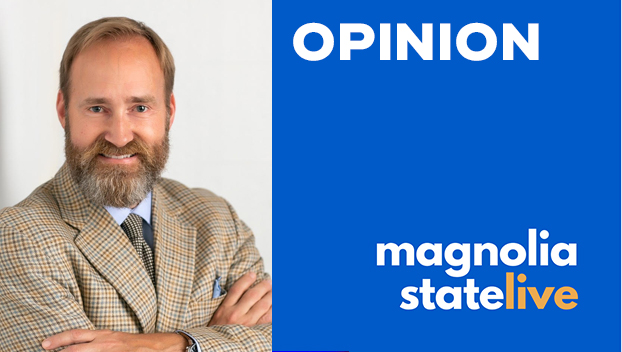 Because of our federalist system, we have 50 states competing with one another for talent, opportunity, and economic resources. Each state is largely free to dictate what they believe is the appropriate level of taxation, regulation, and size of government.

The annual Census estimates help answer the questions of what Americans prefer. With the most recently released data, we once again see low-and-no-income tax states growing.

The two hardest-hit states were New York and Illinois, which lost 48,000 and 45,000 residents, respectively. These states, home to the largest and third largest cities in the country, are both known for burdensome regulations and outsized taxes.

Unfortunately, Mississippi joined New York and Illinois in the group of nine states that lost residents last year. After a small growth last year, Mississippi lost more than 3,000 residents between July 1, 2017 and June 30, 2018. This marks the third time in four years that population has declined.

Nevada, Idaho, Utah, Arizona, Florida, Washington, Colorado, and Texas were the eight fastest growing states, in terms of percentage growth. Each state is known for low taxes and a business-friendly climate. By “business-friendly,” we don’t mean corporate cronyism, monopoly protectionism, and regulatory capture schemes for the companies with the greatest legal and lobbying resources. Instead, we mean states with a predictable and low regulatory and tax hurdle for all shapes and sizes of businesses.

So, do people simply decide they are willing to leave a current high-earning job in a high-tax state to avoid income taxes? Not likely. The truth is taxes aren’t the single driver. Opportunity plays a major role, too. These two factors are incontrovertibly linked.

So, what can Mississippi do to become one of the beneficiaries of American migration? It can focus on fostering a climate that attracts and supports entrepreneurs, whether home-grown or imported, and small business owners. Where entrepreneurs and small businesses thrive, private capital is attracted, in the form of investors, to ideas that improve the lives of citizens.

It has always been true that the pursuit of financial gain, through the private profit and loss system, has been the greatest driver of economic prosperity. When small companies become big companies, the economic benefits to that community are infinitely greater than when government tries to orchestrate them.

Mississippi is a place with gracious people, beautiful surroundings, a temperate climate, and an alluring culture. It’s the kind of place that should thrive when the economy is strong and people are free to flee less hospitable places. Why are we not thriving? Because opportunities have been inadvertently limited by government policies. In short, our preference for federal grants and state-based (public) solutions have thwarted the way a free market economy is designed to work.

We rely on the government for too much. Whether for a grant, a subsidy, an incentive, a contract, or a job, we have far too much public sector involvement in our economy. Indeed, 55 percent of our economy is controlled by the public sector. Such behavior does not lead to sustainable economic growth. In prosperous economies, government plays the important but limited role of protecting liberty, property and enforcing contracts; it does not try to control the allocation of economic resources.

Another significant problem we have, which adversely impacts the opportunities to start and run a small business, is our regulatory environment. Although some progress has been made in the area of new regulatory review, we lack a mechanism to repeal or “sunset” outdated or unnecessary regulations. We need a non-governmental, independent review board with the authority to roll back our excessive regulatory environment, beginning with occupational licensing.

The other driver is our business-related sales and property taxes. In Mississippi, we tax land, buildings, inventory, and equipment at higher rates than all surrounding states. Higher taxes reduce business activity. We make this situation worse when we provide tax exemptions to new companies, shifting even more of the tax burden to existing companies. If we have to offer major tax credits to companies to come here, that proves previous lawmakers created an unfavorable business tax climate. Rather than targeting new companies or industries with tax relief, we should target all companies and industries with a lower business tax climate.

Mississippi can make policy adjustments that maximize our potential to participate more fully in a national economy that is prospering like never before. Every state in the South has benefited from the resulting migration of people escaping high tax states with the exception of Mississippi and Louisiana. If we reduce the cost and burden of government and focus our efforts on creating an economy driven by private entrepreneurs and small business owners, the evidence shows us that economic growth and prosperity will follow.

Jon L. Pritchett is president and CEO of the Mississippi Center for Public Policy, the state’s non-partisan, free-market think tank.