City may intervene to save crumbling historic Mississippi mansion 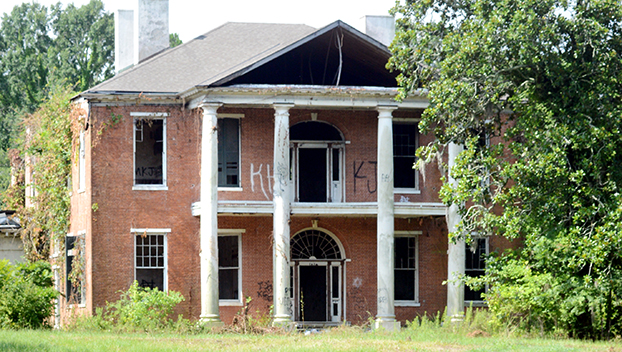 City officials are working on their next steps to intervene and potentially save a national landmark antebellum mansion that has been left abandoned by its owner.

With still no contact from the owner of the historic Arlington antebellum mansion, the City of Natchez may soon take restoration of the antebellum mansion into its own hands — a task officials are not taking too lightly, said City Planner Riccardo Giani.

Giani said a crucial first step in restoring the property is to seek out a professional engineer to examine the property and write a full report on what it would take to get the structure up to safety codes, which could be paid for through a tax lien on the property, he said.

“We could just go in and cut the whole lot, and fine (the owner) for that — because it’s severely overgrown — or we could list property maintenance code violations for health, sanitation and pests and start assigning fines for that,” Giani said, “… but this way, money is spent in the most effective way possible. This is step one in restoration.”

Arlington is a federal-style, suburban villa built in 1818 and has been essentially abandoned by its owner, Dr. Thomas Vaughan, for the past 15 years, Giani said.

The Historic Natchez Foundation worked to add a new roof to the house when the original was destroyed in a fire in September 2002, which prevented the house from falling to the ground completely, he said.

However, the interior and exterior walls have since been vandalized, windows shattered and officials are now uncertain about the structural stability of the house.

In 2009, the Mississippi Heritage Trust added Arlington to a list of the top 10 most endangered historic properties in Mississippi.

In July, the City of Natchez began legal proceedings of demolition by neglect, Giani said, which would allow officials to take action on the property and leave the homeowner responsible for the cost via fines and or a tax lien on the property.

“Right now, I’m waiting to hear from a handful of structural engineers from around the region to give us an estimate as to how much a structural analysis report would cost,” Giani said. “That would entail looking at the foundation and the interior, exterior and horizontal supports as they relate to the demolition by neglect criteria.”

Now that the 150-day notice period has passed, the city has the legal right to hire someone to do a hands-on determination of the property’s structural damage, Giani said.

Since July, the City of Natchez has sent at least two certified letters to Vaughan with a 30-day notice and one with a 90-day final notice to make repairs on the property, after which the city has yet to receive any communication from Vaughan.

“I personally have not received a response from the property owner,” Giani said, “and I’m not aware of any response received by any of the city personnel.”

Even after the notices posted in the last year, as well as any additional warnings issued over the past 15 years of neglecting the property, the owner may have yet another chance to make repairs after the structural engineers finish their report, Giani said.

“That’s the best part about this first step,” he said. “If the property owner or someone else could come through and say (saving the property) is feasible or not as bad as we thought. … The report would clear up the gray areas or the speculation of how bad it really is.”