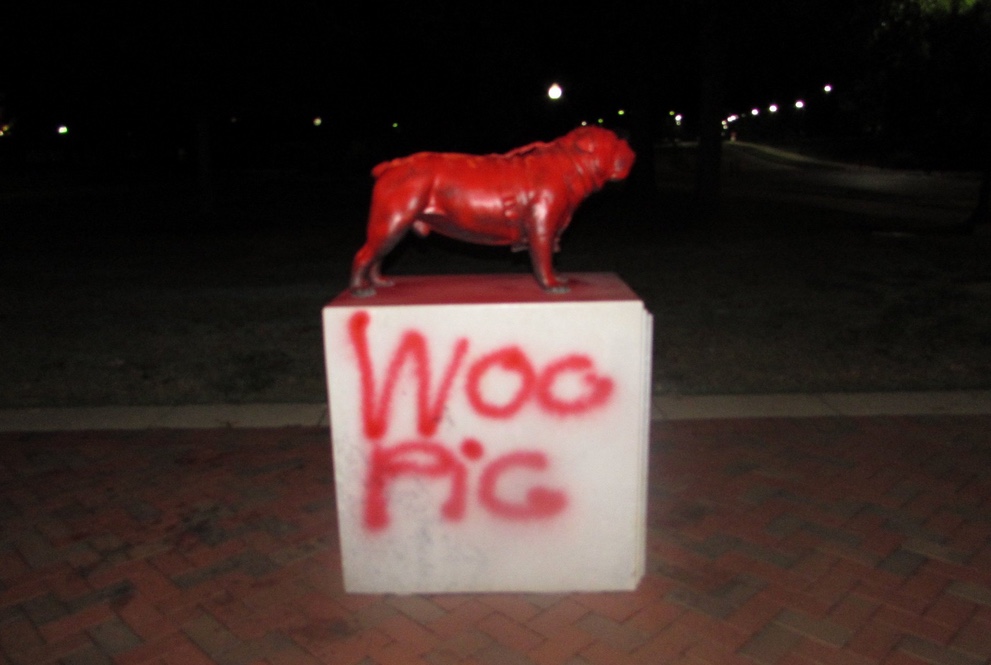 Police tweeted a photo of the Bully statue painted red with Arkansas Razorbacks chant “Woo Pig” also written on it.

Police say the bronze mascot on MSU’s campus in Starkville was painted in September. They say Tillinghast was arrested in Arkansas last month, and that Yeldell turned himself in at the Oktibbeha County jail in Mississippi this month.

Both men were free on bond ahead of court dates in Oktibbeha County. It is unclear if they have lawyers who could comment.