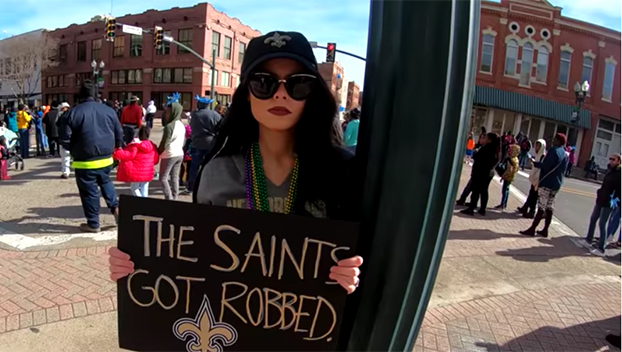 Some are so angry that they have broken out into song to show their displeasure. The YouTube channel DigitalMunchies has posted a video for a new song they are calling, “Saints Got Robbed.”

On the post; the creators say, “It was the worst no-call in NFL history. Louisiana rise up! Introducing the OFFICIAL anthem, hastily birthed by Josh and Melissa of DigitalMunchies.”

The song and video was created in response to a pass interference that was not called at the end of the NFC Championship game that, if called, would have allowed the Saints to run out the clock and advance to the Super Bowl.