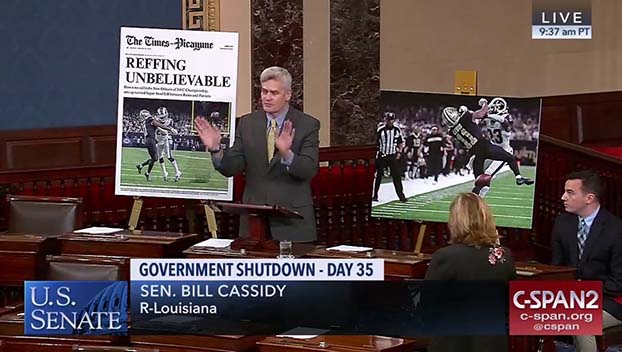 Bill Cassidy on Friday did what every red-blooded, black and gold wearing Saints fan has been doing lately — he complained about last weekend’s blown pass interference call which, Saints fans believe, cost them a trip to the Super Bowl.

The only difference is Cassidy is a U.S. Senator from Louisiana and his griping was made during his time controlling the mic on the floor of the Senate chambers.

“Footballs more than a game,” he said. “It is part of our culture, and I would say the NFL has a responsibility to the millions of fans across the country to ensure the integrity of the game.”

Cassidy said the call that wasn’t, was the “most blatant and consequential blown call” in NFL history.