Thieves steal trailer, likely unaware of what was inside 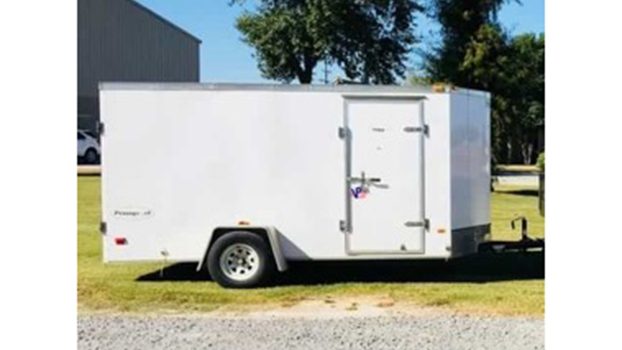 Trailer thieves may have gotten more than they bargained for — stealing this trailer is a federal offense, the owner says, because of the special contents inside.

Someone stole an unmarked 12-by-6-foot, single-axle Haulmark trailer out of the parking lot of the Western Auto store in Natchez, Mississippi, sometime Wednesday night.

“In that trailer is a hot-air balloon, which makes it an FAA-registered aircraft,” said Chris Trippe.

Trippe said he and a friend had been doing maintenance on the hot-air balloon and left the trailer containing the balloon and setup in the Western Auto parking lot Wednesday night.

The trailer, Trippe said, was discovered missing Thursday afternoon, and Trippe posted pictures of the balloon on social media Thursday night, with the following message:

Trippe said he reported the trailer and the hot-air balloon items missing and is in the process of gathering documentation of the items to give to investigators.

“The trailer had no markings that would let anyone know what was in there,” Trippe said. “Being an aircraft, it is a federal offense.”

Trippe estimates the value of the trailer and its contents to be in the $60,000 range and urged anyone with information to contact the Natchez Police Department.

“It was in a plain trailer,” Trippe said. “If it had a logo on it they might not have taken it.”