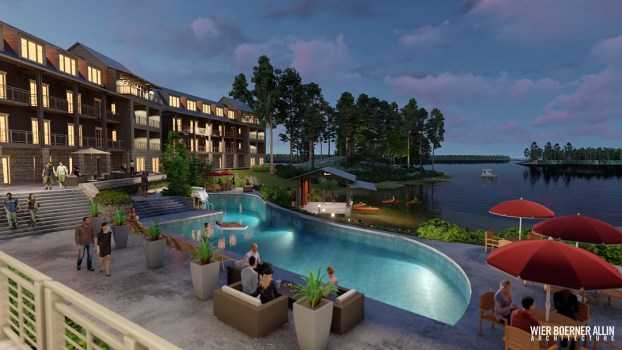 A group proposes to construct a 200-room lodge and a conference center at Lake Okhissa in Franklin County. 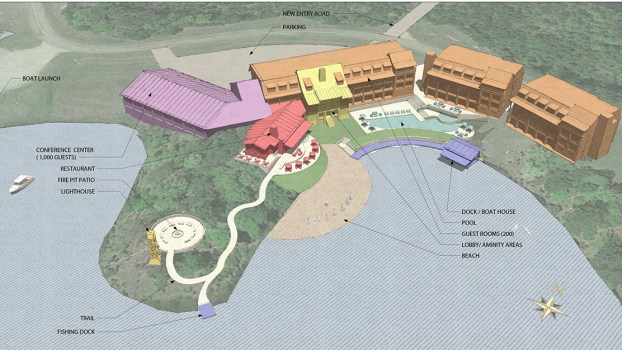 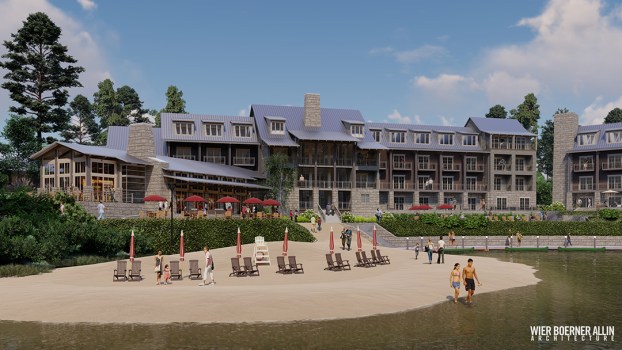 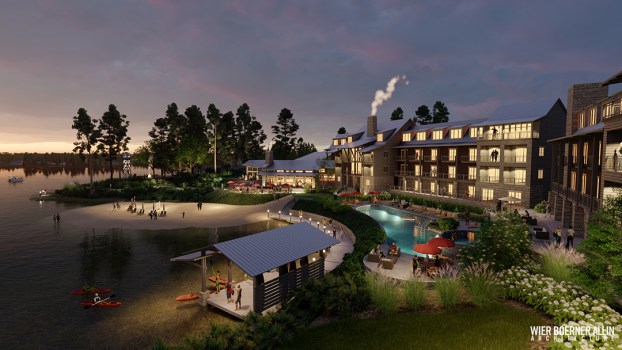 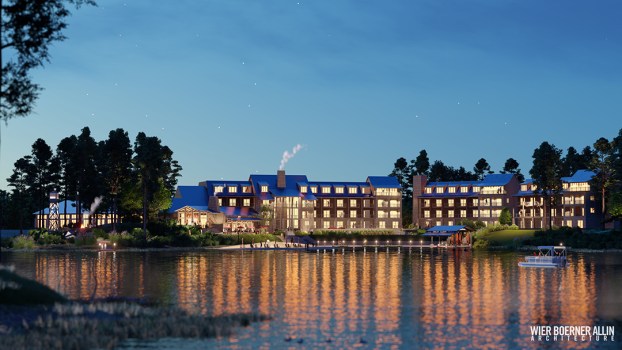 A former Franklin County resident’s vision for a game-changing development on Lake Okhissa brought dozens of political and business leaders together Friday to publicly unveil the plan and talk about making it a reality.

“Vision is a powerful thing,” said Hu Meena, CEO of CSpire. The meeting was hosted at CSpire’s corporate headquarters.

Meena said one of CSpire’s founders Wade Creekmore had the vision for making something special for Southwest Mississippi, in particular Franklin County where the Creekmores lived and operated the Franklin Telephone Co. for many years.

The group unveiled plans for a 200-room lodge-style hotel and 1,000-person conference center on 150 acres in the Homochitto National Forest along the lakefront.

Purchase of the federal land was authorized recently in the passage of the farm bill that included a special amendment authorized by U.S. Sen. Cindy Hyde-Smith.

“I’m excited about this,” Hyde-Smith said Friday. “When it came to that little amendment, I said, Mr. President, that’s a small amendment and it may not mean anything to anybody in Washington, D.C., but for the state of Mississippi it means a whole lot to.”

Hyde-Smith said the planned development would be huge for the area.

“This is phenomenal. The Creekmores have been more than awesome. It would not happen, certainly if these guys weren’t from Franklin County, that wanted to see something significant, something that they wanted to leave as a legacy.”

Officially, when funds are secured, the 150 acres will be purchased by the Scenic Rivers Development Alliance (SRDA), a coalition of local governments in five southwest Mississippi counties.

Some funding for the land purchase could come from the State of Mississippi.

House Bill 669 would provide up to $500,000 for the purchase of the land. District 53 Rep. Vince Mangold is the principal author. Co-authors include Rep. Sam Mims, Rep. Angela Cockerham, Rep. Becky Currie and Rep. Jeffery Harness.

“There’s a lot of upside to this development,” Mims said. “It has a lot of potential for our area.”

Meadville Mayor Lane Reed said the entire development is about one thing — improving the region’s economy.

“The overall effort here is truly for economic development,” Reed said. “We envision a situation in which you can come … spend a week in Southwest Mississippi at the Okhissa Lake Lodge and Conference Center.”

The effort, and Creekmore’s vision for the lodge complex, is to take advantage of the natural beauty Southwest Mississippi has and use it to its advantage.

“This region has some of the best natural and economic assets in the state, but we are sometimes overlooked because of our sparse population,” said Joseph Parker, executive director of SRDA. “That’s all about to change dramatically with this project.”

Architectural plans and renderings for the project were presented at the meeting. Architects with the firm of Wier, Boerner and Allin Architects completed the initial design renderings. One of the firm’s partners, Michael Boerner, is from Brookhaven.

In addition to simply banking on the beauty of the lake to make such a development a success, organizers also hope the development could expand an award-winning chess program begun in Franklin County in 2015.

They also hope the project could help improve work with higher education facilities including Copiah-Lincoln Community College by using the facility for workforce development training and technology center.

In addition to CSpire founders and elected officials two other successful businessmen from Mississippi were also in attendance in the meeting.

James “Buster” Corley, one of the founders of the national restaurant and video arcade chain Dave & Buster’s, attended along with hunting gear supply founder Will Primos.