Despite no show snow, ‘we can’t even function’ snow day video goes viral 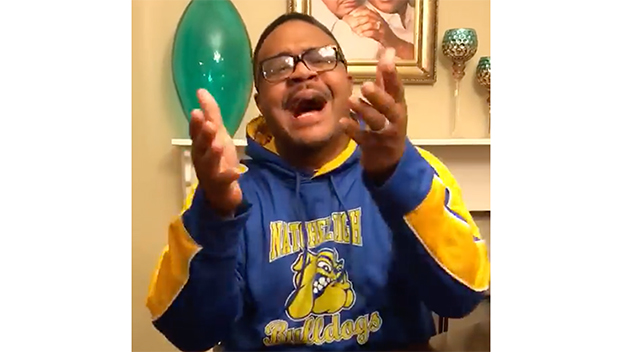 Even though little snow fell across much of Mississippi Tuesday, one educator was “snowed over” when a video he posted a year ago suddenly went viral.

Last year Natchez educator Tony Fields, with the help of Brittany Mitchell, converted Bobby Brown’s song “I Need a Girlfriend” into the song “I Need a Snow Day” — a song that summed up the moment.

“We were snowed in and didn’t have a lot to do,” the Natchez-Adams School District Interim Public Relations Coordinator said.

The song starts out “It is cold and icy in the State of Mississippi. The state is shut down,” and goes on to a chorus that says, “I need a snow day and I need you right now.”

Known for his singing voice, Fields is also the music director of Zion Chapel African Methodist Episcopal Church in Natchez.

The video received some notice last year, but Fields didn’t think much about it until two Jackson television station noticed the video and started promoting it on their social media pages and websites on Tuesday.

On a day when most Mississippi students and educators were home from school because of the threat of inclement weather, the song started taking off.

By Tuesday evening, the song had been viewed more than 75,000 times and shared by more than 1,300 people.

“I was really surprised,” Fields said. “I think it is cool that is has caught on so many times.”