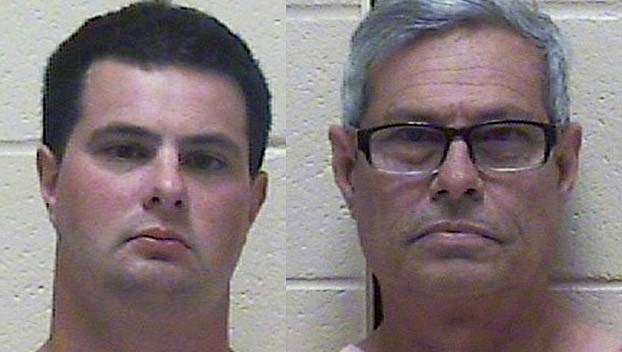 Michael McCool, left, and his father Audy McCool were found guilty of their involvement in the deaths of a Gulf Coast gun shop owner and his teenage son.

A Mississippi father and son were found guilty Friday of their involvement the 2016 shooting deaths of a gun shop owner and his son after the men argued over a $25 fee.

A jury found Michael McCool and his father Audy McCool guilty in the deaths of Pearl River County gun shop owner Jason McLemore and his son Jacob, who was 17.

The McCools reportedly went to the gun shop in January 2016 to pick up a gun that they had left to be repaired. When they were told they owed a $25 fee an argument ensued and prosecutors say that’s when Michael McCool pulled a .40-caliber pistol and shot the father and son.