Groundhog laughs at notion of snow in Mississippi 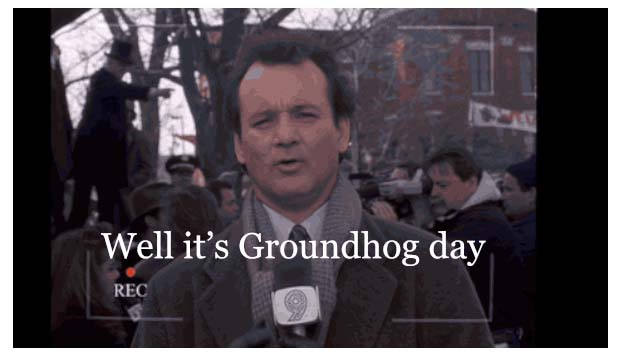 In spite of insanely cold weather across the Midwest, a groundhog in Pennsylvania says spring is coming soon and we understand the famous Punxsutawney Phil chuckled at the notion that snow was predicted across Mississippi last week.

In a ritual the likes of which seem only possible in America thousands of spectators crowded Gobbler’s Knob, a tiny hill near Punxsutawney, to see if a groundhog saw his shadow.

The longtime tradition stems from a German legend that if the large rodent sees its shadow on Feb. 2 that it means the area will see six more weeks of winter.

Just after 7 a.m. eastern, Phil was plucked from his lair and apparently chose a small scroll on his his forecast was written.

The temperature on the ground in Punxsutawney was approximately 8 degrees when Phil emerged.