Mississippi man flew into history with many ‘firsts’ 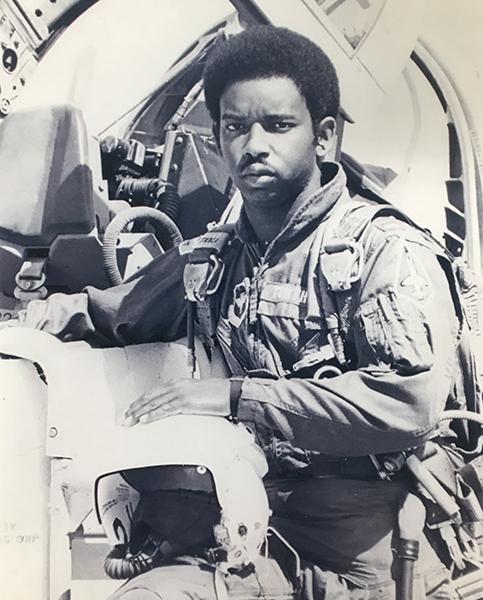 Brady Tonth Jr., is a trailblazer in Mississippi black history.

The Vicksburg resident came from very humble roots in the Mississippi Delta to become a U.S. Air Force pilot and was captain of the first all-black flight crew to pilot an aircraft for American Airlines.

“How many avenues along the road of life can one person venture to make his mark in the annals of black history,” said Dr. I.V. Erves, who has known Tonth for a number of years. “One of our own residents has been documented to have made numerous black history firsts. Most people would say one in a million; but, it is believed there has been no one in a zillion who has made as many marks in black history as Major/Captain Brady Tonth Jr.”

Born in Mound Bayou and raised by his grandfather and great-grandmother, Tonth was president of his senior class at McNair High School in 1969. He earned a band scholarship to play the drums at Mississippi Valley State University, where he graduated in the top five percent of his class four years later with a degree in political science.

A member of the MVSU ROTC, Lt. Tonth was the first ROTC pilot to be commissioned as an officer to graduate from MVSU in 1973. He was assigned to Columbus Air Force Base and became the first black trainee from Mississippi to complete the Air Force Pilot Training School.

Tonth joined the Mississippi Air National Guard in 1979 becoming the first black pilot to fly for the MANG. He spent 20 years of service in the armed forces, serving in both Desert Storm and Desert Shield. He earned the distinction of being the first black pilot to carry transport survival goods to a major war during Desert Storm. He eventually earned the rank of major.

Tonth was captain of the three-member crew that was the first all-black flight crew to pilot a commercial airliner for American Airlines in 1986.

After serving seven years in the U.S. Air Force, he made more history as a commercial pilot with American Airlines, moving up from ticket agent, to flight engineer, co-pilot and captain. In 1986, he was captain of the three-member crew that was the first all-black flight crew to pilot a plane for the airline.

He was also the first black pilot to fly a passenger jet from Jackson’s Medgar Evers Airport. He’s piloted a private jet for actor Morgan Freeman and is the first and only black pilot from Mississippi who is certified to fly 26 different aircraft, both private and commercial.

“He flew for American Airlines until he retired, months after 9-11,” Erves said, adding that one of the planes that was used by the terrorists Tonth was to pilot that day.

“However, God saw fit that American Airlines decided to use his flight as a trainer flight that morning,” Erves said.

Tonth said God was in the plan and he’s appreciative.

Asked what he believes has contributed to his success, Tonth said “The Almighty and a group of caring teachers who were serious all the time.”

“Brady Tonth Jr.’s, many accomplishments is documented proof that where you live and your family structure has little to no bearing on one’s success in life,” Erves said.

“Much of one’s achievements has to do with first, a belief in God, effort, and determination,” Tonth said. “One must have a mind set that with God, quitting is not an option.”

Now in retirement, Tonth and his wife, the former Fannie Woodson, were married his senior year of college and made Vicksburg their home.