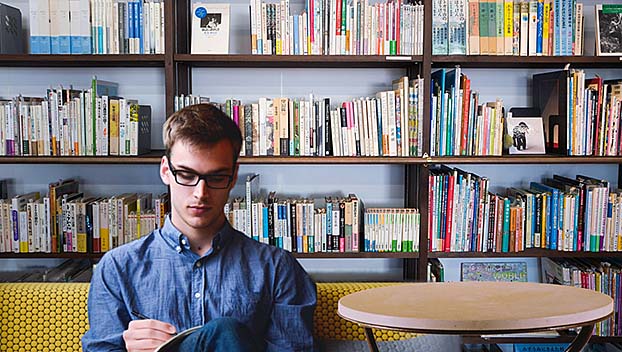 Mississippi public libraries are still feeling the sting of state budget cuts that happened years ago.

Some library leaders say they have had to trim services such as summer reading programs for children. Some have cut back on community outreach programs, such as using vans that take reading materials to nursing homes. Others are having a hard time building meager collections of books and other materials or keeping enough employees.

“Every single library in this state has suffered,” said Sarah Crisler-Ruskey, director of the Harrison County Library System.

She was with several other library directors and library boosters who were at the state Capitol last week, carrying oversized paper replicas of pennies and asking lawmakers for a modest budget boost.

The Mississippi Library Commission is requesting an additional $355,000 in state money for the year that begins July 1, executive director Hulen Bivins said. That is to make up for federal money the commission is losing as a result of past state budget cuts.

The commission is among the smallest state agencies, and it is competing with bigger players for a share of tax dollars. The Joint Legislative Budget Committee’s initial spending proposals, released weeks ago, showed the Library Commission in line for a flat budget — the same amount of state money in the coming year as in the current year. Final budgets should be set by early April.

State agencies are sometimes required to show “maintenance of effort” to keep receiving a certain amount of federal money.

Roughly speaking, that means if the state cuts its spending on a program, the federal government will cut spending on the program, too.

During Mississippi’s 2016 budget year, which ran from July 2015 through June 2016, revenue fell short of expectations and Gov. Phil Bryant had to cut spending on big-ticket programs such as education and public safety and less expensive programs, including libraries.

The Library Commission ended up with a 19 percent budget cut during that tough year, Bivins said.

Here’s where those state budget cuts became a larger problem: The federal government looks at three years of state spending to determine whether Mississippi has been fulfilling its maintenance-of-effort obligation for Library Commission funding.

The state’s 2016 budget year is one of the three years now being examined, and the dip in state funding that year will result in the state receiving $355,000 less in federal money for the coming year, Bivins said.

Meredith Wickham is director of the First Regional Library , which includes DeSoto, Lafayette, Panola, Tate, and Tunica counties. She said the tight state budget has affected the region’s ability to pay its staff and to build its collections.

If a library system skips a summer reading program, children fall behind.

“They lose two months of learning during the year,” Wickham said. “Your libraries are there holding the line with that, with very little money.”

The director of the Kemper-Newton Regional Library System , Hannah Berryhill, said budget restrictions have made it difficult to obtain enough e-books, audio books or best-sellers that are in demand in her communities.

Crisler-Ruskey said tight budgets affect smaller cities and counties more because many of those communities don’t have a strong local tax base to boost library spending.

“We’re just so far behind other states,” she said.

Libraries, of course, are not just places to get books. People go there to pick up tax forms, use computers to look for jobs, and use the free Wi-Fi.

“People sit in our parking lots at 2 a.m. and pay their bills,” Wickham said.