This highway crime from 36 years ago should never be forgotten 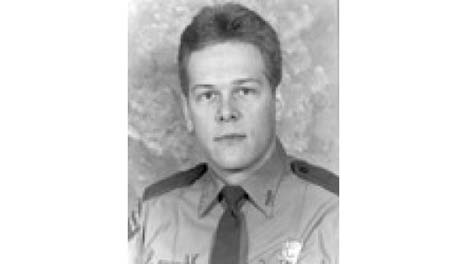 Most motorists clip along U.S. 84 in Southwest Mississippi probably paying as much attention to the small green highway sign as they do the speed limit signs. Few likely know details about the horrible crime the sign memorializes.

It happened 36 years ago this week when a young Mississippi Highway Patrol trooper, just three months on the job pulled over a car for speeding. His badge number was M-12 and it would be the last official call of his life.

Trooper George Danny Nash Jr. probably thought the traffic stop on Feb. 4, 1983, would be just another routine traffic citation, clocked at 67 in a 55 mph zone, it was likely an easy decision to give the motorist a ticket.

As he approached the car, he was met with a .38-caliber shot to the chest. Although Trooper Nash was wearing his protective vest, the force of the gunshot threw him backward toward his car and to the pavement.

As he attempted to regain his balance, one of the two people in the car walked up to him and shot Nash in the head, killing him instantly.

When Nash was found by another motorist later his service pistol was still holstered.

It was months later before the two people in the car were apprehended. Both were escaped Georgia prison inmates that were on the run. Their murder of the 23-year-old Nash was a heinous crime that the small sign marking the highway as a memorial to Nash.

Friends, family and co-workers posted their memories of Nash on this site:

Nash is buried in the Hillcrest Cemetery in his hometown of Petal.

Both men who were in the car that night were prosecuted and sentenced to life without parole for Nash’s murder. Both remain behind bars.