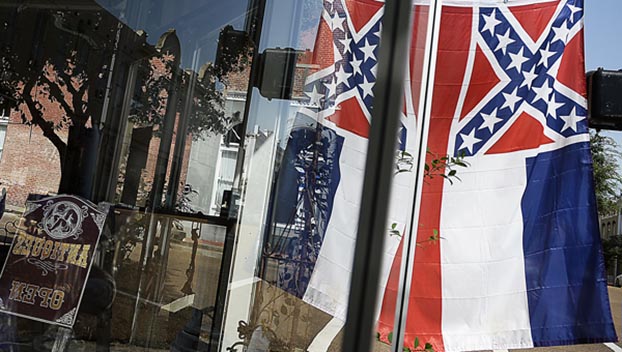 Mississippi lawmakers are again killing bills to remove the Confederate battle emblem from the last flag in the U.S. to display it.

But they also rejected measures that would force universities opposed to the emblem to fly the banner.

The emblem — a red field topped by a blue tilted cross and dotted by 13 white stars
— has appeared on Mississippi’s flag since 1894. Critics say it’s racist; those who oppose removing it say it’s a historic symbol.

Mississippians voted to keep the flag in a 2001 statewide election. Several Mississippi cities and counties — and all eight of the state’s public universities — have stopped flying it in recent years, however, amid criticism that the battle emblem is a racist reminder of slavery and segregation. Supporters of the flag say it represents history.

Confederate symbols have been the subject of widespread debate across the South, particularly since June 2015, when a white supremacist killed nine black worshippers at a church in Charleston, South Carolina; and August 2017, when violence erupted as white nationalists held a rally in Charlottesville, Virginia.

For the past several years, multiple bills have been filed to redesign the Mississippi flag. More than a dozen were filed this year, and they all died when they were not considered before a Tuesday deadline. It was the final day for House and Senate committees to accept or reject general bills filed in their own chamber.

Mississippi House Rules Committee Chairman Jason White, a Republican from West, said Tuesday there is no consensus in the 122-member House to either change the flag or give it extra protection. It’s the same thing White has said about flag bills in recent years.