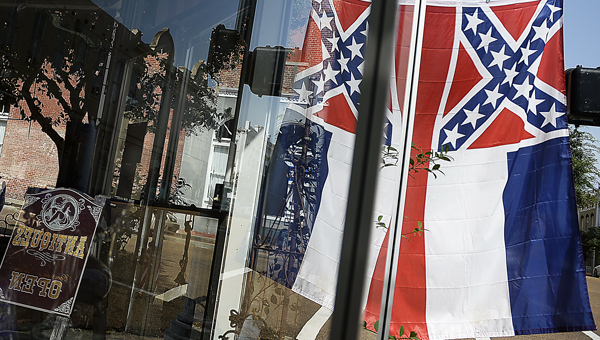 For Mississippians hopeful for a change in the state’s controversial official flag, the last state flag with vestiges of Confederate symbolism, the wait will continue.

Mississippi legislative committees are again killing bills to either remove the Confederate battle emblem from the state flag or require universities to fly the state banner.

Mississippi has used the flag since 1894. It’s the last state banner featuring the Confederate emblem that critics say is racist and supporters say is a symbol of history.

All eight Mississippi public universities and several cities and counties have stopped flying the flag. Many removed it after June 2015, when a white supremacist killed nine black worshippers in a South Carolina church.

As he has in recent years, Mississippi House Rules Committee Chairman Jason White says there’s no consensus to change the flag or give it extra protection. More than a dozen flag bills died when they weren’t considered before a Tuesday deadline.