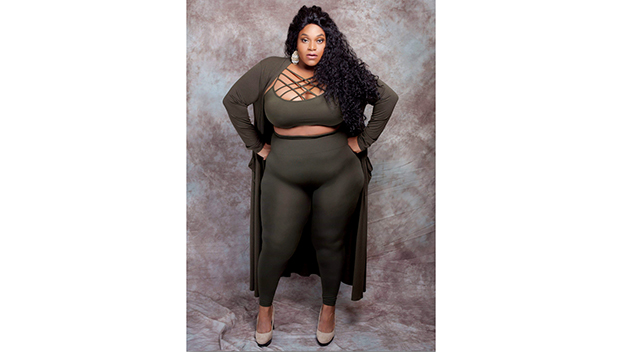 Regardless of size, shape or color, everyone deserves self-love.

That is the motto of NaQuita “Naava” Ramirez, a proud wife, mother and plus-size model who was recently selected as an ambassador for LiviRae Lingerie.

LiviRae is a national brand featured in a reality television series called “Double Divas,” which aired on Lifetime in 2013.

LiviRae markets its products to women of all body types — not just the slender, which Ramirez said she admired about the company when filling out her application online.

“I entered on the very last day the contest was open,” she said. “I did my research on them and saw what they did and I love it. … Working with a brand that is body positive and is made for everyone shows people that it’s OK to love yourself.”

Ramirez, who grew up in the Natchez area, has gained much experience in the retail and modeling industry over the course of her career, she said.

With the help of her close friend and professional photographer, Wil Norwood, Ramirez said she has been featured in “FabUplus” magazine and as the Mall of Louisiana’s poster girl for Xclusive Curves boutique and has more than 6,300 followers on Instagram and blogspot.com, she said.

Even so, Ramirez said she was both thrilled and shocked that she was selected to represent LiviRae out of all the applications submitted nationwide.

“I was 385 pounds at one point, and 281 now,” she said. “When I was younger, I was willing to do just about anything. Now that I’m older and a mom, this is a big move for me. … (LiviRae) has featured women who are way more influential than I am, because I’m just getting started.”

Ramirez said she hopes to give others the confidence she has gained while extending her modeling career into the field of lingerie.

“You have to start with affirmation and work your way up from there,” she said. “Looking at yourself in the mirror, you know what your good qualities are, whether it is your body or personality. … You’ve got to admit that you have good qualities. … Don’t give up on your dreams. I’ve been knocked down plenty of times, but I’ve learned to just keep going and never give up.”