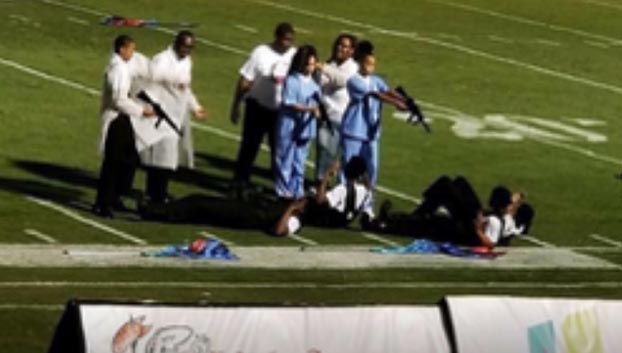 A Mississippi high school band director fired after a questionable halftime show last fall following the slayings of two police officers has had his termination reversed.

The Jackson Public School District said Wednesday that Demetri Jones’ original dismissal as band director of Forest Hill High School would now be treated as a three-month suspension without pay.

News outlets report the district’s administration did not agree with the Board of Trustees’ decision, but says it’s “looking ahead, united, in our shared commitment to excellence in service to children and families.”

During an Oct. 4 halftime performance in Brookhaven, students pointed fake guns at other students as part of a skit based on the movie “John Q,” depicting a man holding others hostage in a hospital.