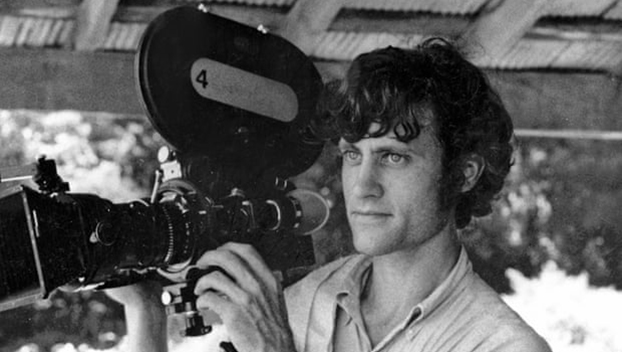 William Ferris at work. (Special to the Vicksburg Post)

Historian and Mississippi native William Ferris took home a Grammy Award on Sunday for a retrospective of his work as a Mississippi folklorist.

“Voices of Mississippi: Artists and Musicians Documented by William Ferris” won the Grammy Award for Best Historical Album. The 120-page book that accompanied the recordings also received a Grammy for best album notes.

A box set, “Voices of Mississippi” contains two discs of Ferris’s blues and gospel recordings from the 1960s and 1970s, one disc of recorded stories and a DVD of documentaries he made in the 1970s and early 1980s.

Ferris, who grew up on his family’s Warren County farm, began recording local blues and gospel music as a teenager in the 1950s, using a clunky reel-to-reel tape recorder. What has compelled him to continue these recordings for six decades, he said, was “following (his) heart.”

Ferris is white, but he said gospel music had been a big part of his life since the age of four or five, when he started going to Sunday services at a local black church with a woman named Mary Gordon. When he was older, he said, he noticed the church had no hymnals. If the singers weren’t there, he said it was like the music, “would disappear.”

So Ferris said he felt a personal responsibility to preserve those services. He began with audio recordings and photographs, later moving on to filming the services. This work with gospel music grew into recording blues singers and storytellers.

“I feel it’s a political act to record the voices of unknown people whose stories would be forgotten,” Ferris said. “I tell my students an African proverb, that when an old woman or man dies, a library burns to the ground. And it’s with that sense of urgency that I have worked to make these recordings.”

“Voices of Mississippi” covers three decades of Ferris’s work and, as a result, he said, connects the otherwise disparate voices of musicians, artists and storytellers he’s worked with over the years.

“It’s important because it connects the dots of black and white men and women, people with no formal education and people with formal education, like Eudora Welty, Alice Walker, as well as B.B. King and Parchman inmates. It’s a broad spectrum of voices who when you listen to them have a rich, textured musical expression of language,” Ferris said.

He said the Grammy is important because it brings these voices to a wider audience.

“It’s the pinnacle of recognition for the field of music. And it’s especially important (that) musicians from Mississippi, who represent the roots of American music, are being recognized by the Grammy awards. It helps us understand that the roots of blues and rock ‘n’ roll and gospel and country music are all in Mississippi,” Ferris said.

Ferris, an associate director of the Center for the Study of the American South at the University of North Carolina, Chapel Hill, has received a number of awards and accolades for his work with southern folklore, including a Pulitzer Prize nomination for co-editing the Encyclopedia of Southern Culture. In the 1980s, Quincy Jones tapped Ferris to help compose the score for the film “The Color Purple.”

Ferris has written and edited 10 books and created 15 documentary films, most of which deal with African-American music and folklore from the Mississippi Delta. A former chair of the National Endowment for the Humanities, Ferris also founded the Center for the Study of Southern Culture, where he taught for 18 years.

Another Mississippi native, Cedric Burnside, was also up for a Grammy this year in the Best Traditional Blues category for his album, “Benton County Blues.” The award in that category went to blues legend Buddy Guy.

This article was originally published on Mississippi Today: https://mississippitoday.org/2019/02/11/bill-ferris-wins-two-grammys-for-voices-of-mississippi/