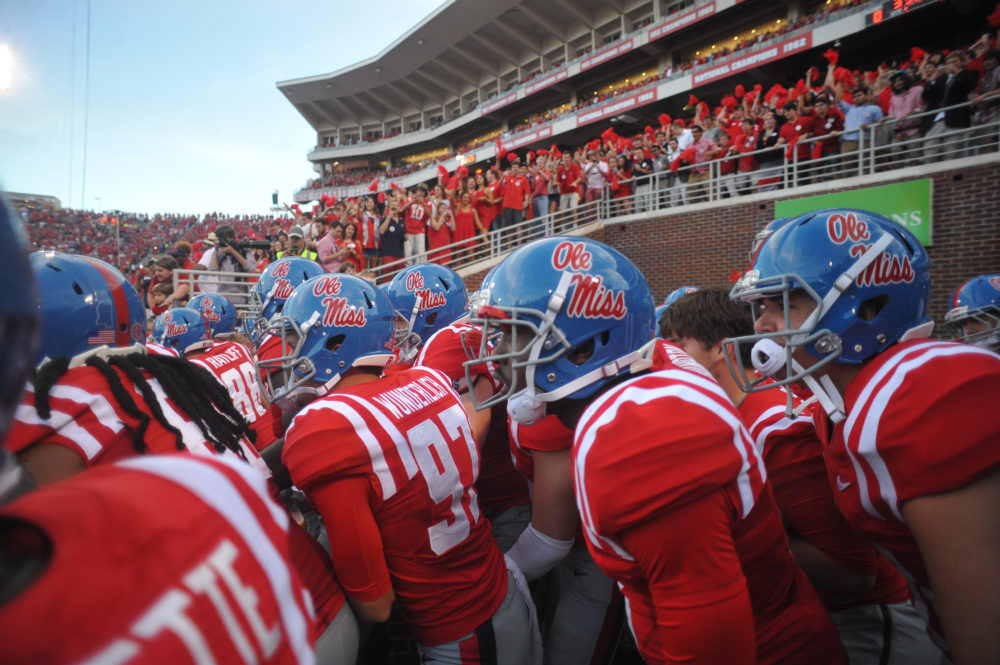 Mississippi’s football program will vacate 33 wins over six separate seasons as part of its punishment in a recently resolved NCAA infractions case against the school.

The vacated wins include the 2013 Compass Bowl win over Pitt and one of the most iconic wins in school history when the Rebels upset Alabama at home 23-17 in 2014. Fans tore down the goalposts and carried them through Oxford in the aftermath of the victory.

No games from the ten-win 2015 season that was capped with a Sugar Bowl victory will be lost. This because the ineligible player(s), notably former left tackle and current Miami Dolphin Laremy Tunsil, were suspended to start the season.

“It’s the last part of this process,” Ole Miss Athletic Director Ross Bjork said Monday in a town hall meeting in Cleveland. “In a way, it’s just a piece of paper, because you saw those games.”

The vacated wins were on top of several other punishments in the case, including a two-year postseason ban, probation and scholarship restrictions.