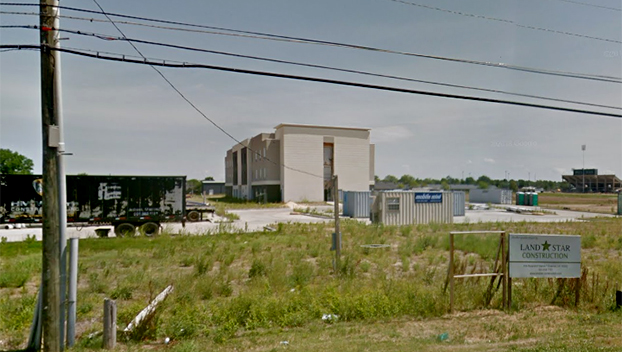 The construction site of a Scion hotel planned for Cleveland. Plans for the hotel are now scrapped.

The proposed four-star Scion hotel in Cleveland was expected to open by the end of the year. The hotel was originally slated to open in the fall of 2018.

The Trump Organization said Thursday that it will no longer try to open hotels under its Scion and American Idea brands catering to budget and mid-priced travelers, a departure from its focus on luxury hotels. The announcement comes as the company has posted losses at a few of its golf properties and brand experts say it has lost some of its appeal.

“We live in a climate where everything will be used against us, whether by the fake news or by Democrats who are only interested in presidential harassment and wasting everyone’s time, barraging us with nonsense letters,” the president’s son, Eric Trump, said in an emailed statement. “We already have the greatest properties in the world and if we have to slow down our growth for the time being, we are happy to do it.”

The rollout began with promises of fast success. The company said in March 2017 that nearly two dozen developers had already signed letters of intent to open mid-priced Scion hotels, and was enthusiastic about the future prospects.

“It’s full steam ahead,” said Eric Danziger, who oversees the hotel business for the family. “It’s in our DNA.”

But the avalanche of deals never materialized, as was the case for its budget-priced American Idea, which was launched a few months later at a party at the Trump Tower in New York.
The only developer willing to strike a deal was Chawla Hotels of Mississippi. It planned to open as many as four hotels in the state — but now that is off, too.

“In today’s politically charged environment,” hotel consultant Lee Hunter told The Associated Press recently, “everyone is cautious.”
The company is also struggling with some self-imposed restraints on expanding its business.

When Trump became president, he handed day-to-day control of the company to Eric and his other adult son, Donald Jr. He also agreed his company would not pursue new deals abroad and that domestic deals would be vetted by a lawyer hired to make sure they posed no conflicts with Trump’s presidency.

“We walked away from billions of dollars’ worth of deals and ceased virtually all expansion,” said Eric Trump in his statement. “We continue to make tremendous sacrifices and understand the bigger picture more than anyone — our father has the most important and powerful job in the world.”

The Trump Organization did not dismiss the possibility that it could revive the new brands someday, perhaps when Trump leaves the presidency.

The end of the rollout follows bad news for the company in other areas.

Charities have canceled events at his Mar-a-Lago resort in Florida, his Scottish clubs lose millions of dollars each year and several buildings have stripped the Trump names off their facades.
The Trump Organization owns or has licensed its name to 17 golf clubs and more than two dozen hotels and residential buildings around the world.

The Trump Organization has also drawn scrutiny in federal probes into Russian interference in the 2016 election and Michael Cohen’s campaign finance violations. More recently, it is facing blowback from Democrats in Congress for firing long-time workers at several of its U.S. golf clubs for being in the country illegally, raising doubts about its hiring practices amid the president’s vow to crack down on such workers and build a wall to keep more from coming in.

The company has said it had no choice but to fire workers once it discovered they were in the country illegally.