What is a woman from Mississippi? Answer: Appeared on ‘Jeopardy’ this week 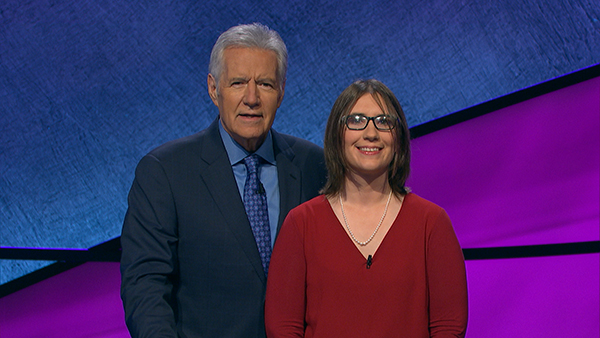 Jeopardy is an American television game show where contestants are presented with general knowledge clues in the form of answers.

Those playing the game must in return respond in the form of questions.

While most will only have the opportunity to watch and play along from home, on Monday Vicksburg resident Karen Bascom Lambiotte had the chance to become an actual contestant.

“I’ve been watching jeopardy since I was a little kid, and during the show they’ll advertise when they’ll have tests to be a contestant coming up,” Lambiotte said. “So I took an online test in early 2017 and I did well enough on that test to be invited to an audition in Houston for another test and a live audition.”

Lambiotte was called back and told she had a spot on the show.

“It was a little overwhelming,” Lambiotte said, once arriving on the set.

“I had never been on a television set before and there’s lights, noise and cameras,” she said. “So it was very different than just playing along at home.”

But Lambiotte said the producers and everyone else on the show do a good job of helping contestants relax.

While not walking away as the winner, Lambiotte said she thought she did pretty well.

“I didn’t get any answers wrong on the questions that I was able to buzz in on and that’s an accomplishment, I think,” she said.

While she would love to compete again, Lambiotte said, for now she will just enjoy playing from home.

But for anyone interested in participating in the live show, Lambiotte said, “Take the test. It’s very fun and rewarding.”

Man arrested in connection to third fire at Mississippi…