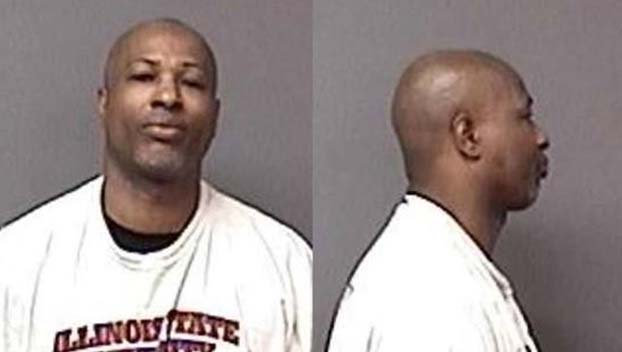 Approximately 25 years before police say Gary Martin opened fire on co-workers at a Chicago-area warehouse killing five people and wounding more, Martin was convicted in Mississippi of abusing his girlfriend, hitting her with a bat and stabbing her.

Martin, 45, was convicted in the mid-1990s of aggravated assault.

“All I can remember is him hitting and kicking me, I can remember fighting and screaming for help. I remember him pushing my head into that brick wall outside the apartment and thinking that he was going to kill me,” the woman told police in Mississippi in 1994, according to court records reviewed by reporters with The Washington Post.

Martin pleaded guilty and was sentenced to five years in state prison, but court records show he served less than three years. He later moved to Aurora, Ill., where he spent 15 years working at the Henry Pratt Co. warehouse, the scene of the deadly shooting last week.

Despite his felony criminal record, Martin was somehow able to buy a gun, which he used in Friday’s shooting.

Jones told law enforcement officials Martin could fake his remorse to seek attention. She told police, Martin held her and her 3-year-old daughter hostage inside their apartment, and threatened to kill her with a box cutter.

Jones called police after he stabbed her several times with a kitchen knife in Mississippi in March 1994, records show.
“He doesn’t take loss or rejection at all,” Jones said. “He is going to be in charge. He is going to have something, a knife or a gun, and he is going to win.”

Jones said Martin became angry when she told him he needed to move out of her apartment in March 1994 as she wanted to end their relationship.

Jones told police Martin kicked her in the stomach and struck her with a baseball bat.

She escaped to a neighbor’s house, where police found her bleeding from stab wounds.

Jones said Martin’s anger dated to his childhood in Aurora, Illinois. She said he didn’t have a father-figure in his life and a strained relationship with his mother led him to move to Mississippi where he lived with his grandmother and other relatives.

“He is a nice guy — was a nice guy,” she told to the Washington Post, “But he was dealing with demons of some sort and he couldn’t chase.”