Looking for adventure? Alpaca your bags and head to Stringer 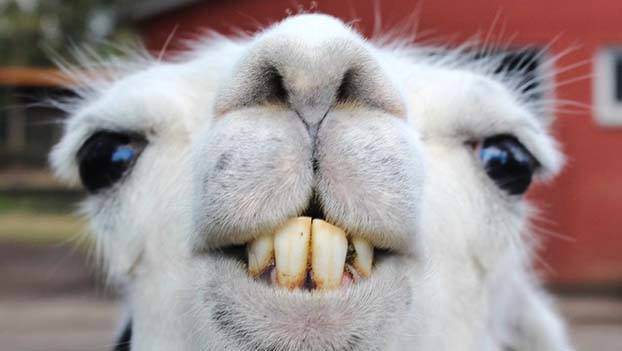 Motorists will see many things when riding through the hills of Jasper County — fields of grazing cows, trees mirrored in ponds — and maybe, just maybe, they will run across a herd of alpaca trotting through a meadow.

The relative of llamas and camels, alpaca traditionally are found in the Andes mountains of South America and raised mainly for their wool.

But alpaca have grown in popularity in the United States, with an estimated 53,000 in 2016, according to the Alpaca Seller website.

A Stroka-Gene-Us Alpaca Farm in Stringer, about 65 miles from Hattiesburg, has 20 alpaca that run free in an enclosure. They are shorn once a year — which according to The Alpaca Place is a necessity, since the animals do not shed.
Owner Mary Ann Stroka brought the alpaca to Mississippi from New York when she and her husband Terry Andress retired.
She has also taken in a few rescued alpaca.

Stroka offers tours of the farm to school and church groups, families or anyone who wants to have a look at the fuzzy creatures.

The tours include an education component and demonstrations to show how the wool is transformed into yarn.

Visitors have the opportunity to learn about alpaca when they tour the farm. They also get to feed and pet the docile creatures, who occasionally spit at an unwitting guest.

Stroka has other farm animals, including great Pyrenees dogs, two mini donkeys, chickens and a llama.

Although alpacas and llamas look similar, they are very different, Stroka said. For instance, llamas are pack animals.

Llamas are taller and have longer ears and faces.
Another difference is in their hair, Stroka said.

“You can use the fiber from a llama, but it is not as soft,” she said.

Stroka hosts an alpaca festival once a year on the Saturday before Thanksgiving, with pony rides, wool spinning and carding demonstrations, music, a petting zoo and other activities.

Kelli Holston of Laurel has six grandchildren who love to see the alpaca when they visit. The grandchildren live in Clinton and Navarre, Florida.

“I’ve taken them to the farm numerous times,” she said. “It’s always fun, and of course they always want something from the gift shop.”

Holston said she likes to buy alpaca socks as gifts for family and friends.

“Everybody that I meet that has children I tell them they should take them to the alpaca farm. It’s just a wonderful experience,” Holston said. “But it’s not just for kids.”

The gift shop is stocked with a variety of items made from alpaca wool. Some of it is made by Stroka but other items come from Peru through Grace International. The proceeds of the Grace products will be used to build a school and orphanage there.

Yarn crafters can purchase alpaca yarn to make their own creations from the wool. Herbal teas, handmade soap and other items also are available.

Nancy Leader of Hattiesburg said she enjoys going to the alpaca farm and shopping at the gift shop.

“I love this place,” she said. “They have the best stuff in the gift shop. Most all of it is made from the wool. The soap is fantastic.”

Alpaca have 22 natural colors, Stroka said. When shorn, some of the wool is sent to a fiber mill in Alabama that spins the wool into yarn and returned to the farm. The yarn is labeled with the picture and name of the alpaca from which it came.

Some of the alpaca wool is blended with other animals’ wools to lower the cost and give a larger variety of textures.
Stroka keeps the rest of the wool, which she uses for demonstrations and other activities and spins her own yarn.

Before moving to Mississippi, Stroka was working as a postmaster in New York and moved to a new job in a new town when she saw her first alpaca.

“I saw these creatures in the field and had no idea what they were,” she said.

Seeing the alpaca was one thing. Touching them was another. Stroka said she knew she wanted some when she visited an alpaca farm.

“We went, we touched one and that was it — I had to have them,” she said. “I was always crafty, so it fit right in with what I had always done anyway.”

Stroka retired in July 2012 and moved to Stringer with her family — and the alpacas — the following month.

“So now this is our full-time retirement job,” she said jokingly.

Stephanie Higginbotham, a crochet enthusiast, said she first met the Strokas at RotaryFest in Ellisville, where they had a booth.

“They had recently moved from New York, they said, and in just a few moments, I felt like they were family,” Higginbotham said. “They told us of their farm in Stringer, and I knew I couldn’t wait to visit. It soon became a place I loved, because of their hearts and their kindness.”

Higginbotham and her family live in Laurel. She and her husband Joshua have two children, 4-year-old Lily and 2-year-old Zeke. Her stepsons, Connor, 14; Greysen, 10; Jaxon, 9; and Deacon, 8, spend a month with the family every summer.
After the Higginbothams married, Higginbotham began bringing the children to visit the farm.

“I took our daughter and let her feed the alpacas as soon as she was able to stand,” she said. “I actually had a booth at their fall Alpaca festival in 2016, bringing along the playpen for our son, who was only around 6 months old at the time.

“My stepsons have been as well, so feed the animals and watch Mary Ann spin yarn, which still amazes me.”

Stroka also teaches spinning classes at the farm and offers knit, crochet and other crafting classes in addition to the tours. Higginbotham and Holston have taken some of Stroka’s classes.

“They are some of my favorite folks, and it’s so nice to be able to bring the whole family,” Higginbotham said. “It has been awesome getting to know them and see them involved in so many things locally.”

IF YOU GO
A Stroka-Gene-Us Alpaca Farm, 383 County Road 155 in Stringer. From Hattiesburg, take Interstate 59 north to Mississippi 15 in Laurel. Follow the highway north to Stringer and look for signs to the farm.

For more information or to schedule a tour, call 716-863-4366 or visit astrokageneusalpacas.com or facebook.com/strokaalpacas.