‘I have a knife at your neck.’ Smart recounts her kidnapping to Mississippi audience 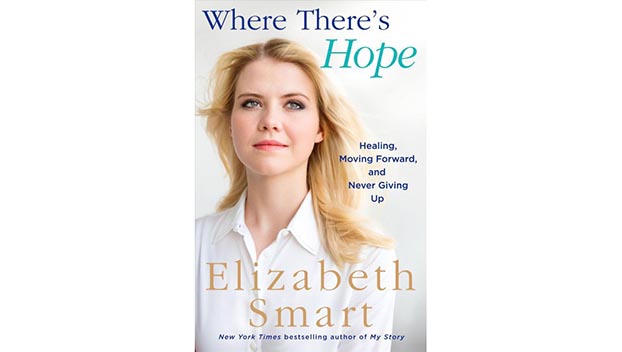 Elizabeth Smart spoke this week at the University of Southern Miss in Hattiesburg.

Elizabeth Smart, one of America’s best-known child abduction survivors, recalled what it was like the night a man came into her Salt Lake City, Utah, bedroom, held a knife to her throat and ordered her to leave with him.

She told her story to an audience of hundreds at the 35th anniversary luncheon of Pine Grove Behavioral Health and Addiction Services Tuesday in Hattiesburg.

“The night I was supposed to graduate (from junior high) was a day like any other day,” Smart, 31, said. “I crawled into bed next to my younger sister and falling asleep, the next thing I remember is a man’s voice.

“I didn’t immediately respond. I heard the voice again. ‘I have a knife at your neck. Don’t make a sound. Come with me.'”

Smart said she had been educated by her parents and school teachers in how to respond to many emergencies from being approached by a stranger offering candy to how to stop, drop and roll in case of fire.

“I remember, in that moment, no one ever told me what do if someone broke into my house, held a knife to my neck and told me to go with him,” she said.

Smart, then 14, was abducted on June 5, 2002, by a man threatening to kill her and her family. She was held captive by him and his wife until March 12, 2003, when police officers rescued her on a public street in Sandy, Utah, 18 miles from her home.

“Her story fits our mission very well,” she said. “She’s a person who’s well-known to people and I think her message will resonate with people who are here today.”

In an interview before her speech, Smart talked about the advice she gives never to lose hope.

“No matter who you are, no matter what background you have, no matter what it is you’ve gone through in your life — you can always have hope that life can get better — that you can be happy,” she said. “Things happen so much of the time that aren’t our fault — so much of the time they’re the consequences of other people’s actions — but these traumas in life don’t have to define who we are.

“Ultimately, it is our decision to define who we are, and that’s how we move forward and get strong and have that life we choose.”

Smart told the Pine Grove audience her abductor took her to a camp in the mountains, where she was forced to bathe and put on a long robe.

“I remember stopping my captor at one point and saying, ‘It will be like this never happened. Don’t you know what will happen to you if you get caught?'” she said. “And he looked at me and said, ‘I won’t get caught.'”

Smart has gone on to work as an activist and advocate for missing persons. She has spoken in favor of sexual predator legislation and the AMBER Alert system. She has co-written a book, published by the U.S. Department of Justice, titled “You’re Not Alone” for survivors of abduction.

She has also written two non-fiction books about her kidnapping, most recently, “Where There’s Hope: Healing, Moving Forward and Never Giving Up,” published in 2018.
Smart has married and has two daughters and a son. Her life has changed dramatically since the days she was in junior high.

“When I think back to who I was before I was kidnapped — my biggest trials were getting my homework done and trying to blend in with everyone,” she said. “It was a pretty awkward time in my life.”

Now, Smart speaks around the country, carrying her message of hope.

“We all have our history — we all experience something in life,” she said. “We should always continue to keep trying.”
“Some of the advice my mom gave me the day after I got home — what these people have done is horrible, but the best thing I could ever do was to be happy. I don’t think she meant that I would never have a bad day or I would never feel anger or frustration, but that my goal should always be happiness.”