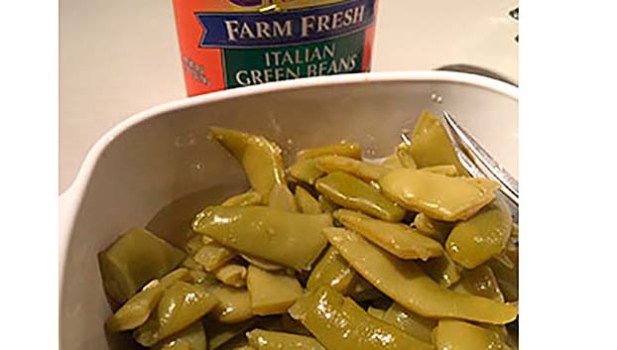 When Kristy White opened a can of green beans, she found a little extra “seasoning.” Courtesy photo 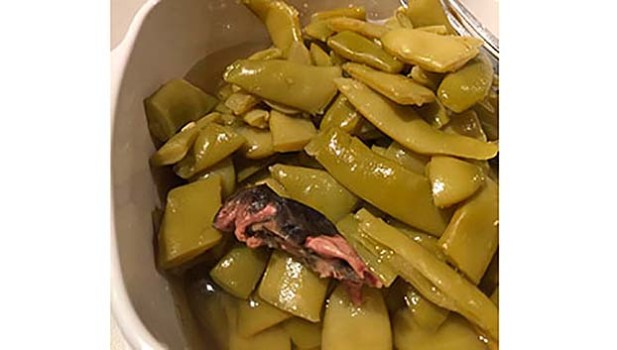 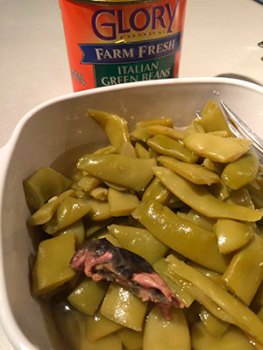 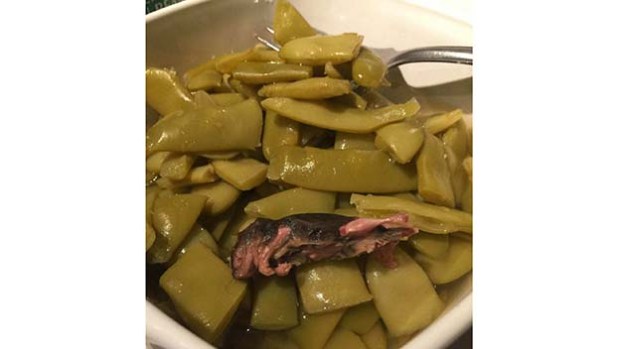 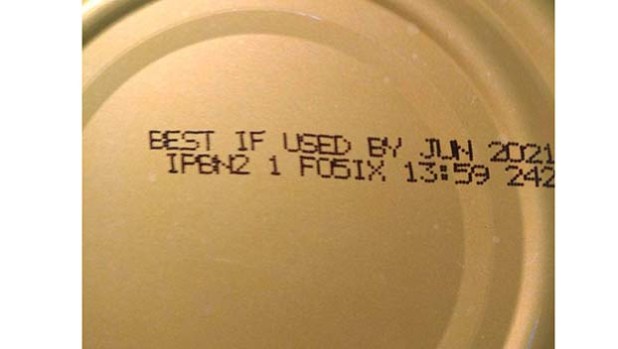 Cooking has never been one of Kristy White’s favorite activities, but she likes it even less now, after she opened a can of Italian green beans a couple of months ago and found a disgusting surprise inside.

“I’m so not a cook like my mother, so when I saw pink, at first I thought it was seasoned with ham,” she said. “But then I saw the ‘ham’ had arms and legs!”

She was tired, and thought her eyes were playing tricks on her. It is, after all, the end of the semester for White both as an Lurleen B. Wallace Community College instructor and a PhD student.

“I just covered it and sat down until Chuck came home,” she said.

After her husband, Chuck White, confirmed that she had, indeed, found a mouse in her beans, she called the consumer helpline for Glory Foods.

“They said they take it seriously, but then also said that if we had consumed any of it, not to worry because ‘everything’ in the can would have been sterilized in the process,” she said. She emailed photos to the company, provided her name and address, and was told the company would likely send her a voucher – for more beans.

That was on a Wednesday. On Thursday, she expected to hear something from the company – like maybe they recalled that lot of beans, or perhaps and apology.

“Nothing by phone or email,” she said late Thursday, adding that what disturbed her most was that the phone spokesperson had such a rehearsed answer.

Generally, a food manufacturer or distributor initiates the recall to take foods off the market, according to the government’s food safety website. However, in some situations, food recalls are requested by government agencies.

White said she purchased the beans locally, but didn’t want to say where.

“I know it’s not their fault,” she said.

“Mice don’t travel alone, so if my can had a whole one, who knows what is in the others,” she said.

Glory Foods is owned by McCall Farms, which is headquartered in Effingham, S.C.

This story was originally published in the Andalusia (Alabama) Star News newspaper. It is republished here with permission.