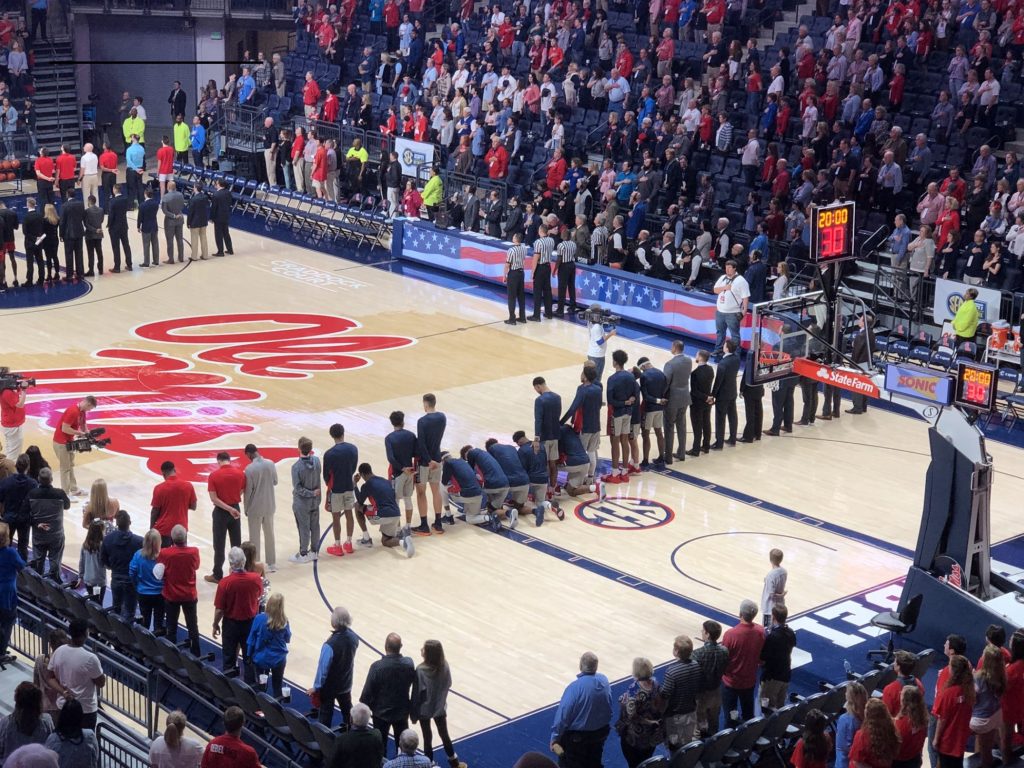 Eight Mississippi players kneeled during the national anthem in response to a Confederacy rally near the arena before the Rebels’ 72-71 victory over Georgia on Saturday.

With the teams lined up across the court at the free throw lines, six players took a knee and bowed at the start of the “The Star-Spangled Banner.” Two other players later joined them.

“The majority of it was just that we saw one of our teammates doing it and didn’t want him to be alone,” Ole Miss scoring leader Breein Tyree said. “We’re just tired of these hate groups coming to our school and portraying our campus like we have these hate groups in our actual school.”

The Confederacy demonstration took place a few hundred feet from the arena. In the aftermath of violence at a similar rally in 2017 in Charlottesville, Virginia, the Oxford community has been on alert.

“This was all about the hate groups that came to our community to try spread racism and bigotry,” Ole Miss coach Kermit Davis said. “It’s created a lot of tension for our campus. Our players made an emotional decision to show these people they’re not welcome on our campus, and we respect our players freedom and ability to choose that.”

Tyree Crump missed a 3-pointer at the buzzer for Georgia. The Bulldogs have lost eight straight.